A while back there was a posting on HS requesting information regarding Mitsubishi J2M "Raiden" that according to the Wikipedia entry were flown by Korea after WWII. This gave me the idea to start a thread spotting inaccuracies or plainly mistakes in Wikipedia entries regarding Japanese aviation without making any additions. Hopefully someone will make the appropriate corrections.
Since our latest publication is the book regarding the "Aviation history of Manchukuo", I will start with the Wikipedia entry about the "Manchukuo Air Force"
(http://en.wikipedia.org/wiki/Manchukuo_Air_Force).

1. Wikipedia - "The official air force's predecessor was the Manchukuo Air Transport Company"
This is not correct. There was no initial connection between MAF and the MATC.

2. Wikipedia - "After 1940, the Japanese allowed native ethnic Manchus to receive pilot training."
This is inacurate. The Japanese occupiers of Manchuria didn't make any distinction between native Manchus and Han Chinese living in Manchukuo and at that time, called them all "Manshujin". There were indeed "Manshujin" pilots in MAF but there is no way to be certain whether they were of Manchu origin or Han Chinese.

3. Wikipedia - "On 30 August 1940, a flight school was established in Fengtien to teach both military and civil pilots."
This is not correct. The school opened on April 1, 1940.

4. Wikipedia - "The training program received a severe setback in January 1941 when approximately 100 pilot cadets rebelled, and fled to join to anti-Japanese guerillas after killing their instructors."
This is dubious at best. In all Japanese primary and secondary sources there is not even a single mention of any such incident.

5. Wikipedia - "the school received more than twenty training aircraft, including Tachikawa Ki-9 "Spruce", Tachikawa Ki-55 "Ida" and Mansyū Ki-79 advanced trainers"
The part regarding the Ki-79 trainers is not correct. There is no photo or any mention in any primary or secondary Japanese source that the MAF ever received any Ki-79s.

6. Wikipedia - "In addition, a transport section with three Nakajima Ki-34 passenger aircraft was established to serve the needs of the imperial court. Additional Junkers Ju-86Z-2, Tachikawa Ki-54 "Hickory" and Manshū Hayabusa provided for government transportation needs."
This whole section is not correct. MAF never had any transport section. On the contrary whenever they needed any transports they borrowed them from the MATC.

8. Wikipedia - "The Manchukuo Air Force changed its training from interception to emphasize ground attack against armored vehicles."
This is also not correct. There is no mention anywhere of MAF changing their training to ground attacks. 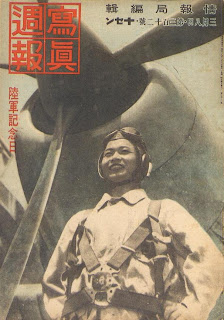 Between October 20-23 took place in Athens the 30th modelling expo and competition organized by IPMS-Hellas.
Below are some of the Japanese Aviation entries. 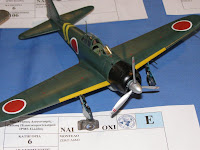 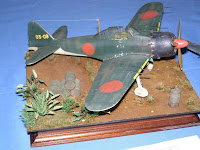 A brilliant A6M5c Model 52 by Bandai in 1/24 by Spiros Molinaris that proves that you don't need "unusual" paint jobs to build an enjoyable and spectacular model. 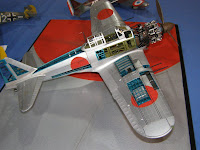 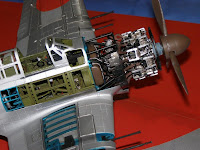 An incredible diorama by Panagiotis Koubetsos. 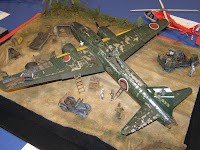 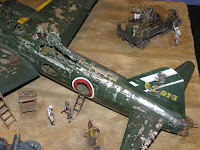 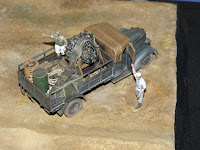 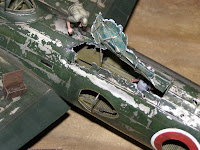 And a wonderful Kawanishi N1K "Kyofu" belonging to the Otsu-ku. 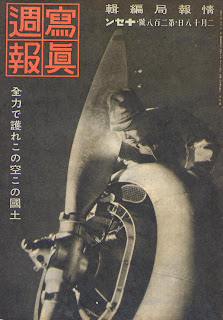 After august '45 some one hundred or more Ki79a/b trainers plus several Ki 27's were found at Andir airfield near Bandung/Java (http://en.wikipedia.org/wiki/Bandung).
Does anyone know which Training Units were based on that field and/or somewhere else on Java?
Any info is highly appreciated.
Jacob Terlouw / The Netherlands. 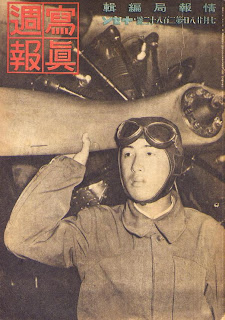 In this photo from a vintage publication, two Mitsubishi G3M2 Model 21 “Nell” bombers can be seen operating from mainland before the beginning of the Pacific War. Note the hastily applied camouflage over NMF surfaces and the properly painted black engine cowling.
The three-bar rank insignia on the sleeve of the pilot on the left indicates that he is probably a commander (“chusa”); his colleague is probably a captain ("taisa", four bars). Some pilots chose not to wear these insignia, which were always on the left sleeve and became smaller in 1944.
The one-piece uniform is a winter version of the Type 9 (1934) featuring a rabbit fur-lined collar (the official colour was black) and zippers on the sleeves; the summer version lacked the fur and had buttons on the sleeves.
Last but not least, note that each pilot is carrying a Nambu automatic pistol in a holster, which in the case of the pilot on the left carries his name in white.
Any ideas about the unit welcomed. 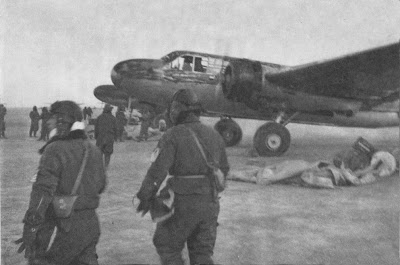 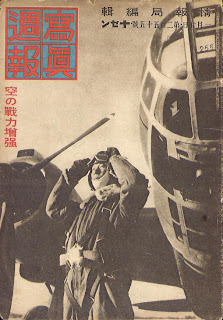