On October 26, 1922 "H.I.H. The Prince Regent (Hirohito) visited the Flying Corps, Tokorozawa.
During the day he visited the main hangar (photo) escorted by the schoolmaster of the Tokorozawa Aviation School, Maj General Arikawa and took a tour in the aircraft assembly workshop, the balloon unit, the pigeon signal unit and the artillery spotting and reconnaissance balloon unit. The programme also included a parachute drop by 1st Ltd Iijima.
A number of Army Otsu-1 Reconnaissance (Salmson 2A2) are visible in the photo. 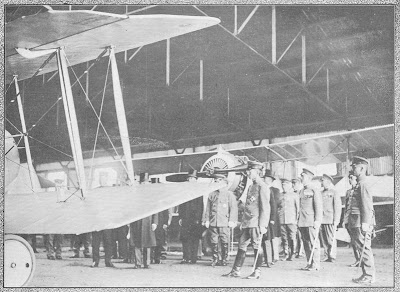 
"1/48 scale Tamiya kit number 42 "Noth American P-51B Mustang"; "Evalina" was a P51C. To get the metal finish I used Testors gloss metallic silver enamel as a base. Then, I masked some panels off and painted them with a variety of Tamiya metallic acrylics to give a different tone to dfferent parts. Other colors are also Tamiya acrylics. Kit decals first. Then the Arawasi set. It all worked so well.
That hoop antenna is from a Hasegawa P40 kit. It took some effort but it looks fine in my opinion." 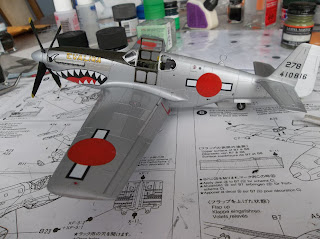 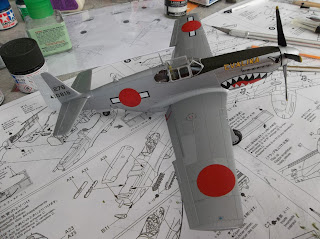 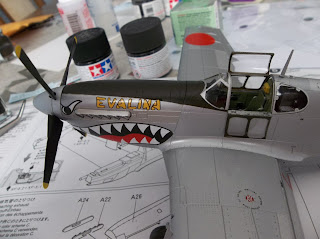 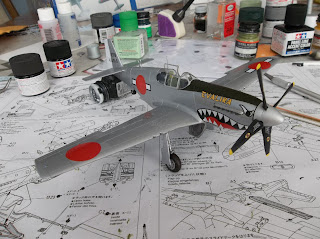 Than you very much Cameron for the photos and your friendly comments. Glad our decals worked so good for you.
The decal set is available from our on-line store, HERE.
Posted by Arawasi 2 comments: 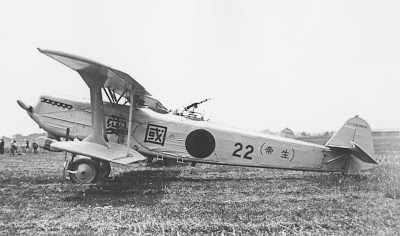 The insurance company was founded in 1888 by IJN paymaster Kakara Tameshige with Fukuhara Arinoba and members of of the IJN accounting school who had studied in the UK. In 1936 the company merged with Tokyo Seimei Hoken and in 1947 became Asahi Seimei Hoken (Asahi Mutual Life Insurance) which is now one of the biggest life insurance companies in Japan.
Posted by Arawasi No comments: 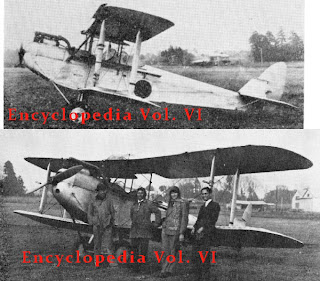 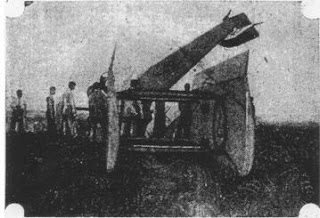 Regarding the DH-60M "Moth Major" operated by the IJAAF Training School  in Manchukuo in 1943, the Japanese captured a number of DH.60 Moths of the Chang Hsueh-liang (Zhang Xueliang) airforce during the Mukden Incident and the capture of Manchuria in 1931. Although most probably these were operated by the Japanese until spares run out there is no record that any of these ended up in the hands of the Manchukuoan Air Force and their Aviation School in Mukden. The IJAAF operated in Manchukuo a number of branches of their mainland schools, Koku Shikan Gakko (Army Officer's School) for example, so perhaps the Moth was operated in one of these.
Posted by Arawasi No comments:

Okay. Here are the models we believe were the BEST of the BEST in the show. 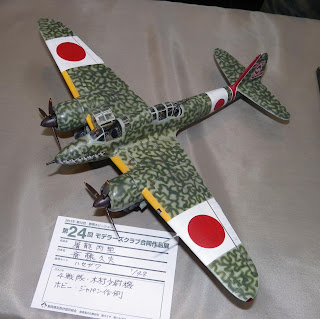 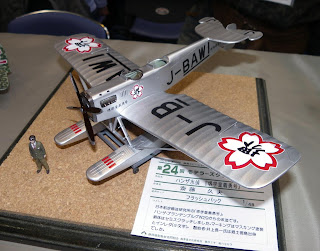 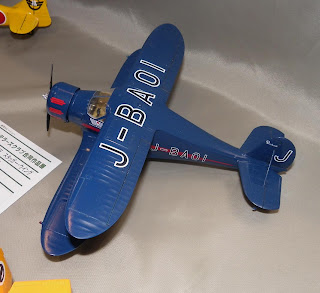 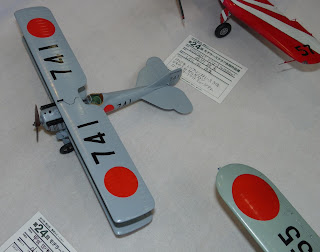 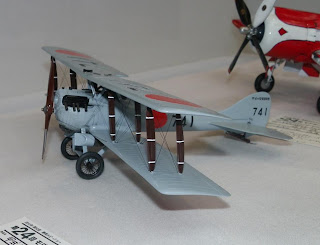 Nakajima Type 91 Fighter (NC)
Go HERE for a detailed and most interesting WIP.
(I don't want to hear any more complaints about how Tamigawa haven't released your favourite model, that's why you built yet another Zero) 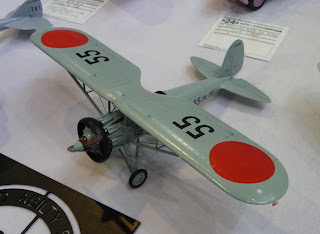 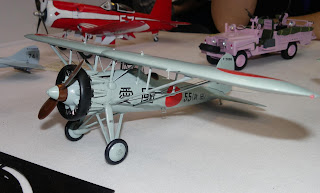 In the 1:72 we would like to congratulate two modellers for showing exceptional skill and ingenuity.

And an unfortunately unknown (申し訳ありません。作者の名前がわかりません) modellerr of Museo 72 that built this Fujimi Mitsubishi A5M2a "Claude" of 13Ku, pilot Aso Tetsuro. The photo doesn't do justice to the absolutely brilliant paint job. 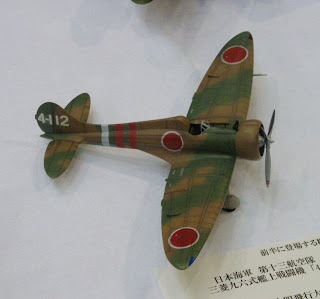 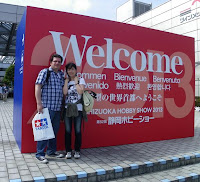 SIRIUS
﻿Sugitani-san contributed two models made by paper and bamboo! 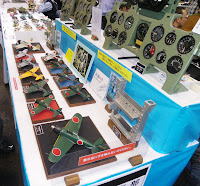 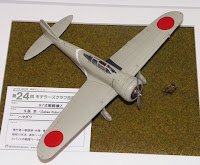 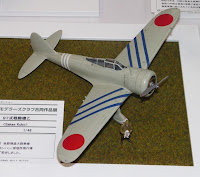 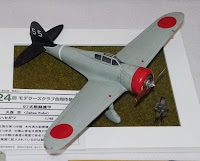 BEST of the show tomorrow.
Posted by Arawasi No comments:

More clubs more models. Hopefully you're not tired yet. 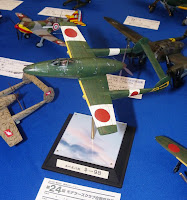 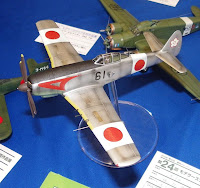 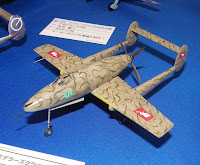