and now for something completely different - onsen, sento, bath

The Japanese are obsessed with baths and they like to indulge themselves in ways that to others might seem excessive. Visitors to Japan find some things puzzling so here's an "insider"s presentation of all things bath related.
Below is a photo, from here, of a Japanese bath in a typical household. 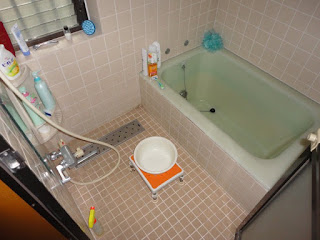 The area outside the bathtub is for squatting and washing yourself. Once you are done, you enter the bathtub filled with hot water and soak. For the Japanese the hot water is really hot, more than 40C/104F and quite often salts and minerals can be added for extra colour and smell. Don't dip your head into the water and before leaving the bathroom take another quick shower to cool down and wash away the salts/minerals. Japanese families traditionally go through all this litany on a daily basis, the children always waiting for the time to share the bath with their father who comes back home after a long and hard day's work. Quality family time together and bonding are perfectly fine but creepily enough about 10% of girls admit taking their daily bath with their father up until high-school! (source, here)
In many other countries around the world the waste of so much water for a 10-15 minute relaxing time would seem ridiculous but not in Japan where water is cheap and is heated by natural gas which is also cheap.
Note that the toilet is not in the bathroom but in a separate small room. One of the absolutely great things in Japan. 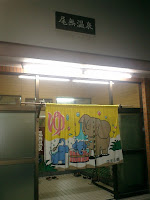 Sento is called the communal bath house where you pay to take a bath. Below is a pretty nice video, from here, on how to use a sento (ignore the Chinese music though).
The same rules apply to the onsen, the Japanese hot springs or spa. These are a big thing in Japan and if you are not visiting the country for only a short business trip you should definitely take the chance to enjoy an onsen. The good ones are located in really idyllic places, offer beautiful quite traditional facilities and unbelievable local food. They are pricey but worthy. If you're staying in Tokyo highly recommended are the onsen in Hakone, 70 mins from Tokyo. Staying for only one night would be enough.
Now, I've never entered a public bath or onsen. I don't want to get scarred for life taking a bath with other naked men and my tattoos would be a problem since many facilities refuse entrance to tat people because yakuza usually have aplenty. But there are onsen with private hot-spring baths in each room and they are fantastic.
Below are some onsen images from google. 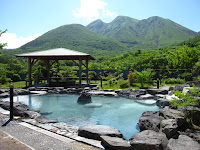 Vintage and extremely rare kits recently on sale on the Japanese Ebay.
Do you have any information about them?

A rare video of a Type 97 Large Flying Boat or Kawanishi H6K "Mavis" from the NHK news collection, dated April 20, 1944.
The "Mavis" in the video is carrying the remains of Major Otowa Tadahiko who perished in February of the same year during the battle for Kwajalein island together with 6,500 soldiers. Present in Yokosuka were his father Prince Asaka-no-miya Yasuhiko and his brother Prince Takahiko.
Unfortunately the "Mavis" tail marking is not clearly visible. Nevertheless note the Kato tractor and the waterproof clothes of the ground crew members.
Posted by Arawasi 3 comments: 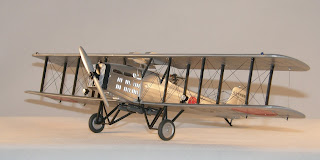 And the second part of the video stills.
Watanabe Yoji in his "Tatakau Zero-sen" explains that this newsreel, a 16mm film actually, was shot on January 17, 1944 by cameraman Nichiei. The enemy was detected at 10:00 and 43 Zeros from the 204Ku took off to intercept commanded by LT Yamaguchi. From Tobera airfield 36 Zeros of the 253Ku took off and all the planes from both units were in the air within about 10 minutes.
The "Chicago Daily Tribune" of January 20, 1944 featured a short article on their front page saying:
Allied Planes Sink 3 Ships in Rabaul Raid
Advanced HDQ., New Guinea, Jan. 20 [Thursday] - Thru more than 100 Japanese planes and a heavy curtain of anti-aircraft fire, torpedo and dive bombers pounced on 12 Japanese merchant ships at Rabaul Monday, hitting eight, sinking three, and probably sinking two others, which were left burning.
During the raid, announced today by Gen. MacArthur's headquarters, at least 18 and probably 33 enemy interceptors were downed. The loss of 12 raiders was acknowledged.
The bombers, flying from Solomon bases, found eight ships anchored on the west side of Simpson harbor and four more in Koravia bay. Three Japanese destroyers were circling the bay.
Use Guns on Barges.
Barges set up at the mouth of the bay with anti-aircraft guns were used after the manner the Germans use "flak" ships in the English channel. The Japanese sent up more interceptors than they had done in other recent raids.
Today's Japanese air losses raised the total to 152, with 42 more probables, as announced in bulletins this month. Allied losses were 32 planes. The sinkings raised to 11 the number of merchantmen sunk or probably sunk there so far in January.
Gen. MacArthur's spokesman said the presence of such a large Japanese fighter force is a good reminder "that we can't be lulled into the false sense of security that the Jap is deteriorating. The loss of 12 of our planes, most of them fighters, also is a reminder that the skill of the Japanese pilot is not diminishing."
The attacking Allied forces managed to sink the repair ship Hakkai Maru, transport Kenshin Maru, and army cargo ship Kosei Maru. They also damaged the aircraft transport Lyon Maru. Unfortunately we were not able to identify the hospital ship in the video. Any ideas?

The hospital ship is Tenno Maru, ex-RNethN Op ten Noort.
This NEI steamer was converted to a hospital ship by the Dutch in early 1942; just in time to be captured by the IJN. What I've read online states that there was indeed an incident in which it was strafed by USN fighters. Also that the ship was used by the IJN to transport mines while marked as a hospital ship. Tenno Maru survived the war only to be scuttled off the home islands by the IJN, setting off a legal battle with the Netherlands over compensation which was not settled until the 1970s.
Thank you very much Harold! Excellent information.

Below are two stills showing an Allied 4-engine bomber getting hit by a Zero, perhaps a Consolidated B-24 Liberator but see lower for Allied forces.

The air battle was over in about 30 minutes and the Zeros started returning from 11:30.

Excellent shots for a diorama showing how ground crew climbed on the Zero.

Immediately upon arrival the aircraft were rearmed and refueled.

The pilots have gathered in front of a rather dilapidated building. Note the score board on the right in front of water (?) drums.

Commanders and other high ranking officers discuss the results of the day with the pilots.

All pilots wear the same uniform, the summer model of 1942, and the Type 97 parachute except for the pilot on the left hand corner who is wearing a much brighter shirt (?) or maybe an older type of uniform.

Note the difference in the clothes between the pilot and the ground crew member who nevertheless wears pilot's boots. The crew is wearing the typical white Hei (from heishi-soldier) cap. The crew climbing on the Zero wing in the previous stills wears a blue cap which was for officers.


The Allied forces had:
P-38 Lightning X 20
F4U Corsair & F6F Hellcat X 51
SBD Dauntless X 29
TBF Avenger X 18
and claimed 32 Zeros shot down including 12 probables. They admitted losing eight P-38 Lightning and one each of all the other types; total 12. Note that no B-24 or other 4-engine bombers are mentioned although the video clearly shows that at least a few participated and one was damaged or shot down.
As you can see both sides highly overclaimed but the results show a clear aerial victory for the Japanese side alleviated ofcourse by the loss of ships. That would be the last "victory" of the Japanese before the evacuation of Rabaul. As Wiki mentions:
In February, the Japanese command decided to pull all remaining Japanese airmen and their crews from Rabaul. Between 70 and 120 Japanese aircraft flew from Rabaul to Truk (which had recently been raided by US Navy carrier aircraft) on the morning of 19 February. Their valuable mechanics attempted to leave Rabaul by ship on 21 February, but their ship was sunk by Allied bombers. This marked the end of Japanese air resistance to Allied planes over Rabaul.

The Japanese pilots received a few bottles of sake from the headquarters as congratulatory presents.