A film based on a novel of the same name by Hyakuta Naoki and directed by Yamazaki Takashi.
Story: A young man Kentaro Saeki (Miura Haruma) keeps failing his bar test and does not know what to do any more. His older sister Keiko (Fukiishi Kazue) is a freelance writer. Kentaro and Keiko begin to search for information on their grandfather Kyuzo Miyabe (Okada Junichi) who died in the special forces during World War II. Their grandfather Kyuzo was terrified of death and obsessed with life. Why did he join the special forces? According to his fellow navy soldiers, Kyuzo was a genius and also a coward. Kentaro and Keiko then discovers the shocking truth which has been sealed for 60 years. 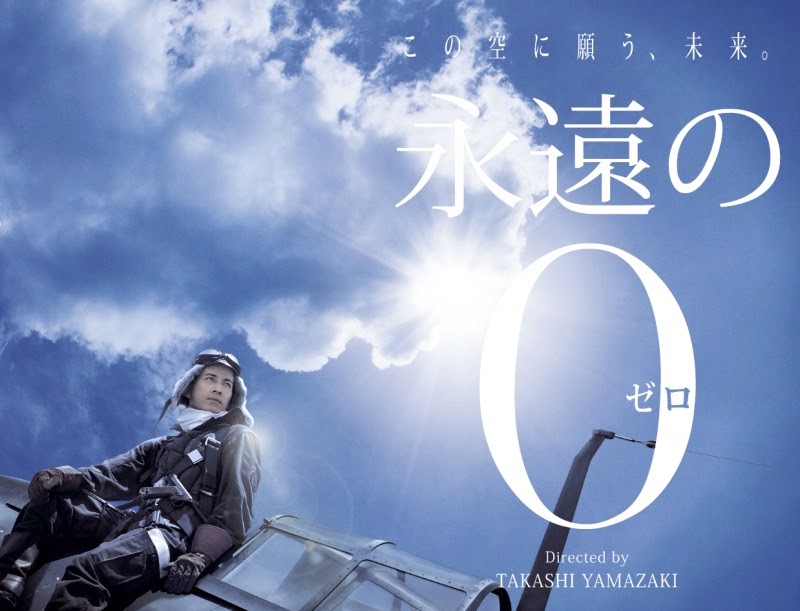 One of the best movies I saw recently and a true pleasure for all the Japanese airplane scenes. The story is typically Japanese following the long tradition of the Japanese filmography, emotional without ever becoming cheap, with plenty of action without overdoing it and focusing brilliantly equally on the aircraft and the pilots. It reminded me a lot meetings with veteran pilots where they opened their heart and shared their war experiences in as-a-matter-of-fact narration, without hatred but with plenty of emotion.
Amazing in-flight and on-the-ground scenes, artfully and, most important of all, ACCURATELY depicting Zero fighters (and a most beautiful Jake) without the slightest hint of war glorification (as many feared).
Stellar performances by Okada Junichi and Inoue Mao.
A movie that should not be missed by any fan of Japanese Aviation.
Posted by Arawasi

Wow! I so want to see this.
Far better looking than the "video game" Redtails.

I am glad that I could hear your honest opinion.