Two photos today of a Japanese glider designed and produced by "Nippon Kogata Hikoki KK" (Japan Small Aeroplane Co Ltd.), a rather obscure company that was founded in 1937 as "Nippon Kogata Hikoki Kenkyujo" (Japan Small Aeroplane Institute) and entered the stock market in 1939. It was founded by Yoshihara Seiji (?) and Baron Miyahara joined them in 1939, after quiting from Mitsubishi, designing various gliders until the end of the war.
The glider in the photos is a Nippon "Otori" (Phoenix) Sailplane which, according to the "Baron Miyahara" book, was built in 1938 in response to a prototype order placed by the Aviation Bureau of the Ministry of Communications. Although sources are not clear it seems that only two "Otori" model gliders were produced while a second model "Otori2" had a round tail. It is not known exactly how many gliders of both models were produced.
The first photo features the very first prototype registered A-2001.
Of special interest are the two aircraft visible in the photo. On the right is Yokoso Navy Type 13 trainer, registered J-BNAB, in civilian use. In the background with the registration obscured is one of the two Gasuden KR-2 belonging to Yomiuri Shimbun, either the J-BACO which was given to the IJNAF in 1944 or the J-BACP which was found and burned at the end of the war by US forces in Tamagawa (?). 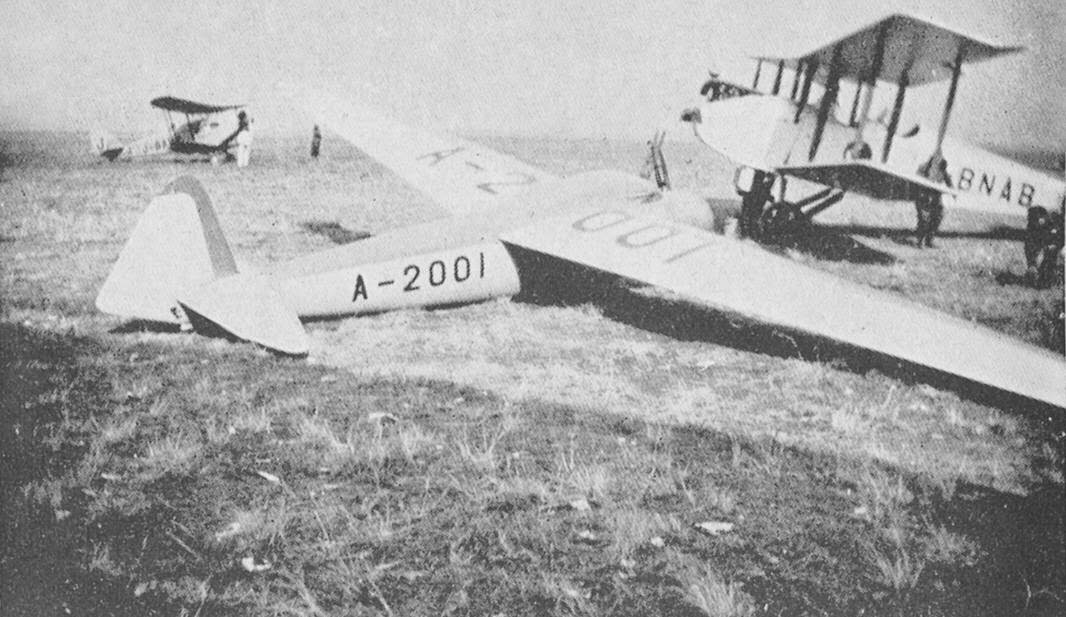 The second photo below features A-2002, the second "Otori" model glider. 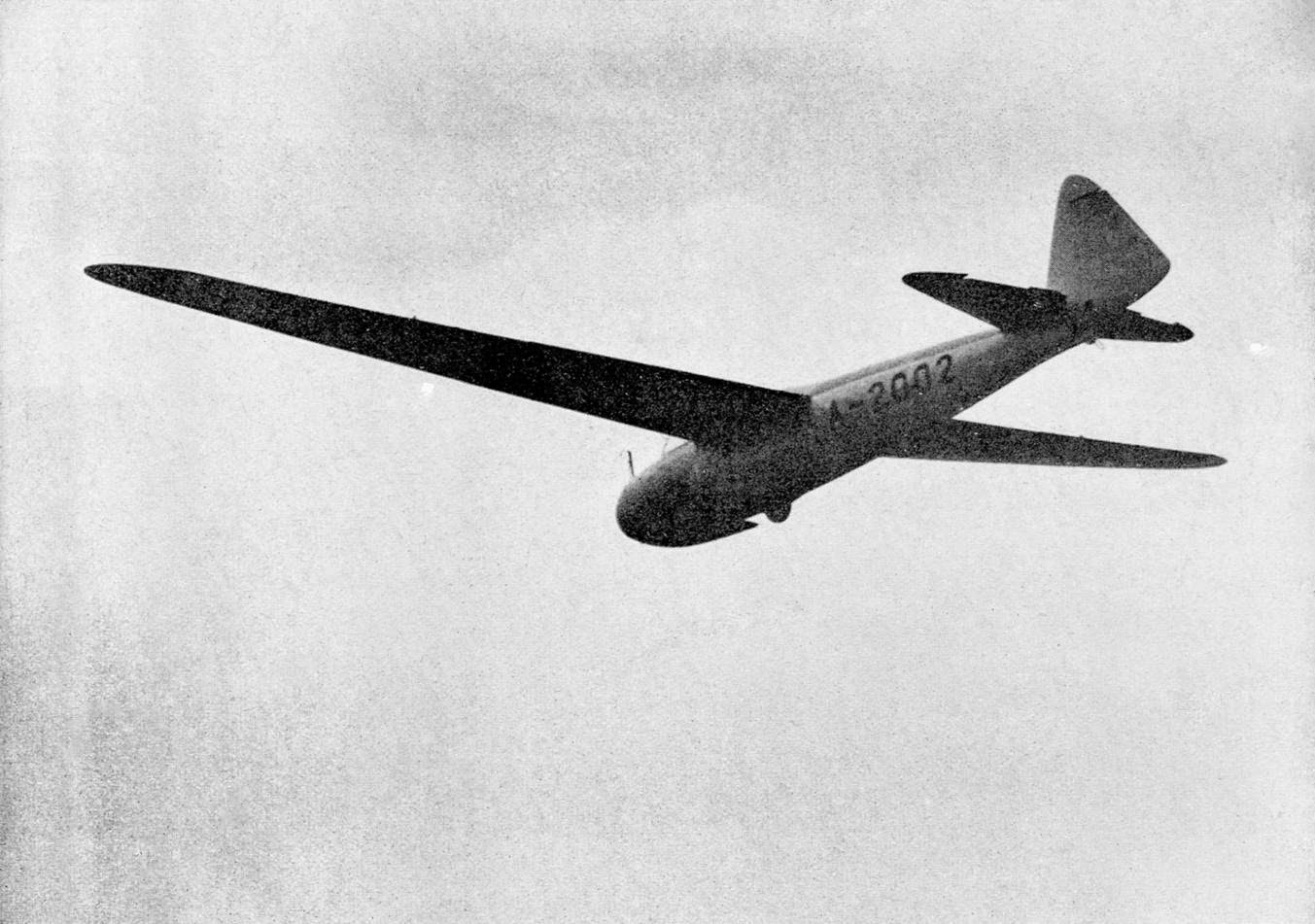