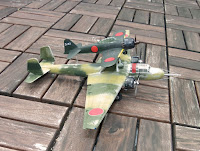 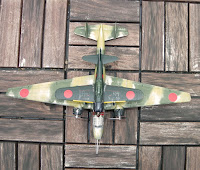 Now this one I like. Most believable,
and why not. The Germans did it.

Yes, this is very cool, and as David said very believable.
Can't wait to see what's next!

Question: Did the Germans ever use the Mistel concept operationally?