To get the ball rolling, here is my entry for the new “Hayabusa” model competition.
When US Forces captured Hollandia Airfield on New Guinea in April 1944, they found several Hayabusas abandoned by the Japanese in various states of disrepair. There seems to have been something of a competition between the various units stationed there, to bring the aircraft back into flyable condition. My model represents one such aircraft repaired by 41st Troop Carrier Squadron.
Haseagawa 1/72 scale kit with decals from Rising Decals “Dying Sun part III” sheet. Finished in my favourite Xtracolor metallic enamels.
Derek Cooper - England 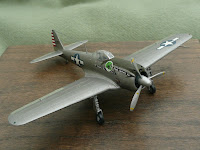 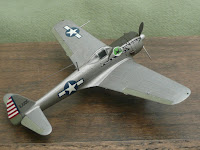 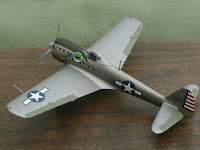 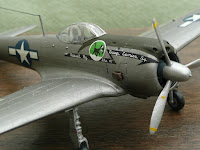 I have always been a fan of unusual markings on aircraft. Solid effort. 3.9.

Certainly an interesting subject along with its history.
3.9 for me.