The kit is the 1/72 Hasegawa in gray plastic.
I had some problems to fit it in Ki43 II or III. I chose a II model, to represent a painting scheme that I like. It's a 54 Hiko Sentai, 2nd Chutai that has fought in the skies over Kurile Islands.
The montage though was pretty easy, needing just a bit putty at the wing to fuselage fit.
I also replace some original parts with scratch ones mainly on the landing gear.
The panel lines have been slightly rescribed and if I remember well, corrected in some parts.
The decals were a bit old and it was a bit of a problem to convince them to get soft.
I started doing this model just because I wanted to try to represent this spotted cammo scheme and the way the blotches are disappearing around the cockpit area due to the normal activity of mechanics and pilot.
Thank you for the opportunity of showing my models to an advised public. 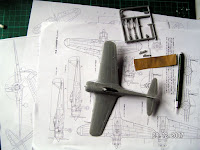 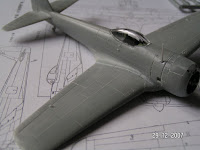 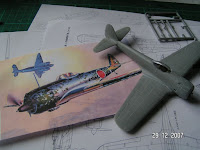 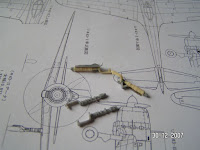 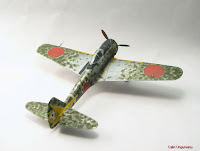 Absolutely brilliant. 4.8
The camo looks fantastic fo such a small scale. I would give it a 5 if the iff stripes were correct.

Nice looking model considering the scale.I'd prefer the canopy a little clearer and its frame a little more defined. 4.3 from me.

Amazing this build, awesome paint work!
I agree with Arawasi on stripes.
Some rigging would make it even more complete.
4.6 for me.