Two photos today from the same vintage publication of the previous post, featuring Kawasaki Ki-48 "Lily" bombers of the 34 Sentai. 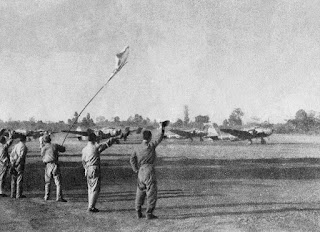 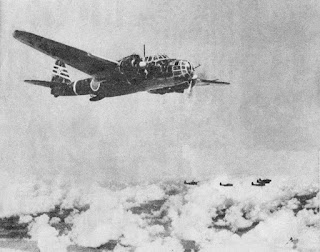 In February 1944, the unit relocated from Chiang Mai to Hollandia in New Guinea (present-day Jayapurta). On April 22, US forces landed in Hollandia and all the air units based there were annihilated (Battle of Hollandia). The air crew members tried to reach Sarmi on foot (a distance of more than 230km) and most of them perished due to disease and lack of food. 34 Sentai commander, Lt Col Tanaka, got sick during that time and in the end commited suicide.
Posted by Arawasi

Looking at all the nice photos and information, I can't wait to the new book to arrive at me home!
Thanks.