This kind of graphic comix and/or novels stirred my interest in Japanese aircraft a lot when I was young. My parents did not approve. In the early sixties an 'adventure' series of an imaginary pilot appeared; Buck Danny was his name. He fought in the S.E.A and Pacific theatre. Titles: "The flying tigers", "Attack on Burma", "The Battle of Midway".
The Japanese planes looked somewhat like Ki-61's and Ki-21's, there was even a "Washing Machine Charley" inspired by the F1M2. The original language in the books was French, later on they were translated in Dutch. They were very popular.
Jacob Terlouw 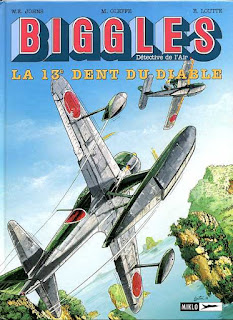 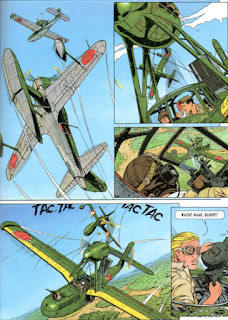 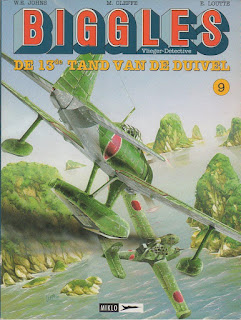