Following yesterday's post, three more photos from the same publication. This time the photos were taken at the Nagoya branch of the "Kaigun Yobi Kokudan" and feature Yokosuka K2Y2s or Navy Type 3 Land-based Primary Trainers. The type was based on the Avro 504 with a 130-150hp Mitsubishi Mongoose five-cylinder air-cooled radial engine (K2Y1) or a 130-160hp Gasuden Jinpu 2 seven-cylinder air-cooled radial engine (K2Y2). 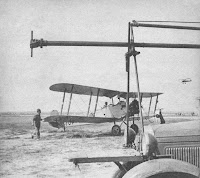 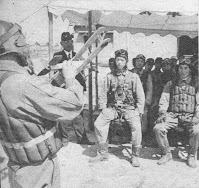 Even more interesting is the photo below. Although not mentioned in the article, the colourful marking on the fuselage side was possibly used specifically by the Nagoya branch of the "Kaigun Yobi Kokudan"; we are trying to confirm this beyond any doubt. 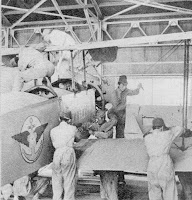