After completing his excellent Kyushu J7W1 "Shinden" (HERE) our good friend Bernhard Tomaschitz decided to tackle another Zoukei-Mura* masterpiece; their Mitsubishi J2M3 "Raiden" in 1/32. So, for the next two months, every Sunday we will feature a new part of his work-in-progress.
Bernhard explained:
The accuracy and details from this kit were so amazing, that I started building it full of joy.
The reference literature I have is Mechanism of Military Aircraft #4 and Model Art #470 Profile #11 (check HERE for "Raiden" bibliography). Both books contain mainly the same photos many of which were taken after the end of the War. So most of them feature non-operative aircraft or unfinished aircraft partially built on assembly lines or destroyed examples. As a result, many photos were not particularly useful to me.
In this first report I will talk about the engine. This is Part 3 in the building manual which is easy to read and interpret. The parts are wonderfully designed and easy to handle. Compared to the photos in my two reference books the colors mentioned in the instructions are unfortunately not accurate. For example: the propeller extension shaft shown in the photo on p.66 of MA#470 is not black as Part A-4 is indicated in the instructions. And that's just one example.
The wiring for the spark plugs is not included in the kit. The photo etched parts are wrong, since the wiring is done even around the push rods. Therefore I did my wiring with lead wire. The pattern for the wiring was an interpretation based on the rather poor photo sources I had.
But all in all the assembly is pretty straightforward.
Stay tuned for the second part next Sunday. 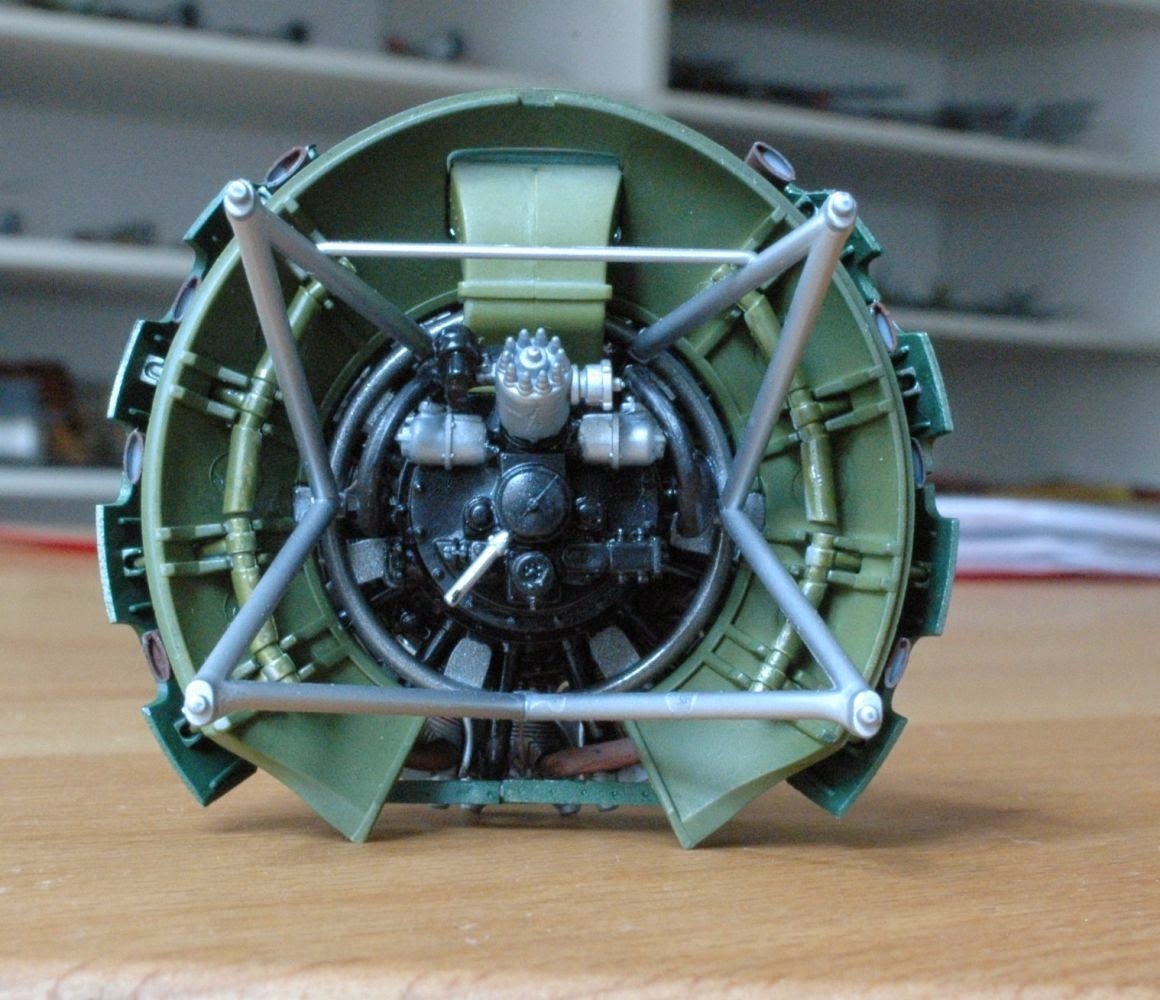 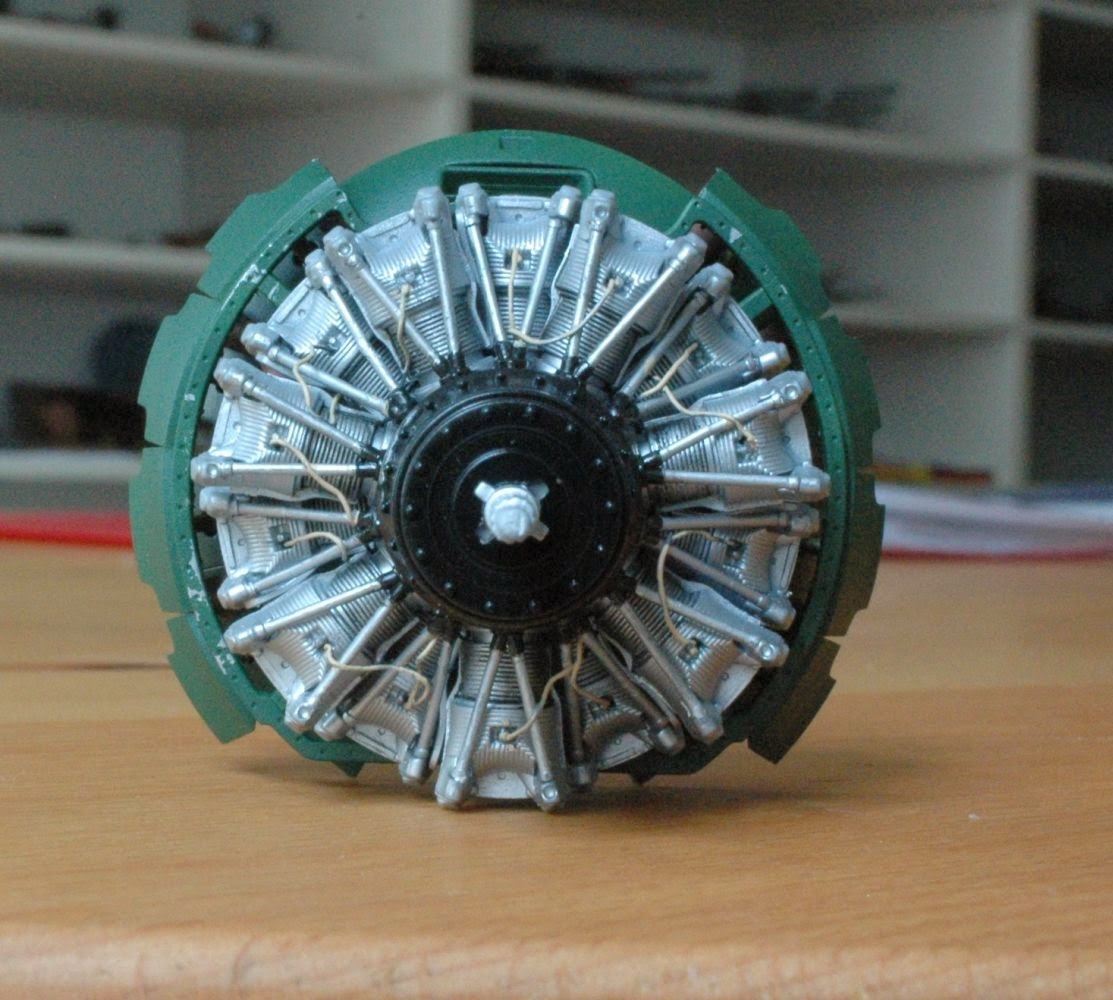 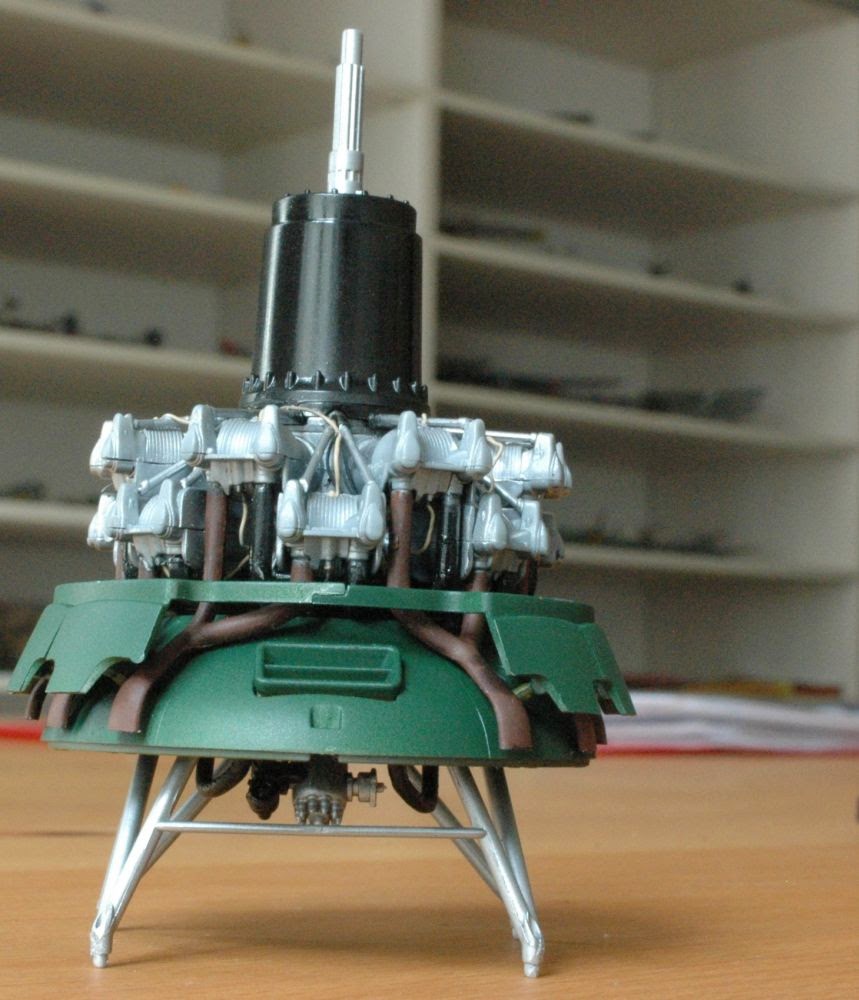