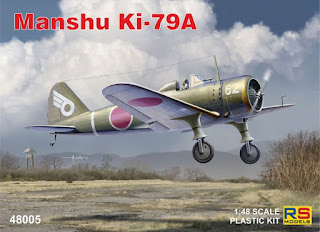 The second kit is for the twin seat model with markings for the 113th Shimbu-tai a.k.a. "Tenken-tai" (Heavenly sword unit) and for an aircraft of an unidentified unit found in Harbin (?) airfield in Manchuria by the Soviet forces at the end of the war. 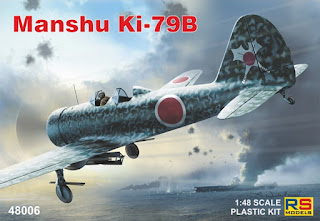 Both kits will include very welcomed AURI markings.

Pitty the kits won't include decals for the 19 and the 25 Kyoiku Hikotai and the Shichisei Shōbu Unit. Perhaps we will see them in future releases.
The RS Models site doesn't include any images of the actual kit so it remains to be seen how it will look. In any case a very welcome release of a little known but quite interesting type.

Also, our friend Giuseppe “Joe” Picarella informed us that the Imperial War Museum’s Ohka-11 restoration was finally revealed on March 4, when aircraft C/n1100 was placed on display at the museum’s Lambeth facility in London. 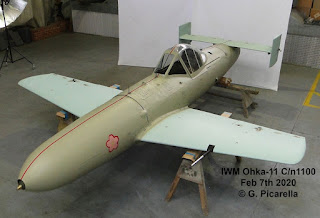 For more, check THIS link.
Thank you Dan and Joe👍

Ohka is beautiful. All the more reason to visit England again. I'll have to think. . . ;)

That Ohka restoration is gorgeous. Thanks to Joe for the heads up!