As you probably know by now, a 38 Sentai Tachikawa Ki-54 "Hickory" was found and pulled out of Lake Towada in 2012 (here). Since then it had been cleared and placed on display at the MISAWA AVIATION & SCIENCE MUSEUM in Aomori (here). It seems that a "pacifist" group related to the museum objected to the presence of a "war plane", and declared that only "civilian airplanes should be on display" in the museum. (Even though there are US/JIETAI combat planes on display and only a fence separates the museum grounds from the Misawa military base). As a result the aircraft relocated back home to Tachikawa, Tokyo.
From the 25th until the 28th of November (i.e. last week), it was on display, open and VERY accessible to the public. 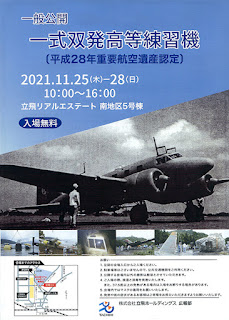 No less than 9600 visitors came to see the aircraft from up close and among them Arawasi paid their respects for a second time last Thursday.
The aircraft was placed in an old wooden aircraft maintenance building, and after a wait of about 20 minutes, when a video detailed the discovery and recovery efforts, groups of visitors entered the large room.
At the entrance of the room was a Ha-115 engine from a Nakajima Ki-43-III Koh "Hayabusa" that was recently unearthed in the dumping ground of a US base in the area. 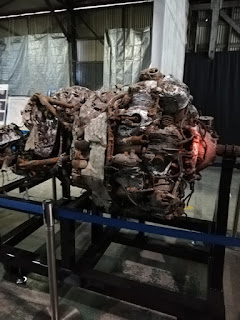 Then we could enjoy the "Hickory" in all its glory. We could have access to most of the areas (except the underwing) and since the cockpit was separated from the fuselage, it was placed on display in a way that visitors could see inside both the cockpit and the fuselage. The both the horizontal and vertical tail surfaces were placed on the ground to give the opportunity to the visitors to see all the details up close. There were plates with photos and images from the manual of the aircraft that explained clearly what the visitor could or could not see, and the VERY friendly staff members were eager to help, answer questions and show the various interesting details.
Enjoy a tiny sample of the photos we took. 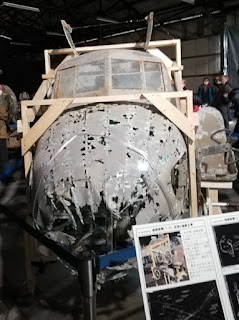 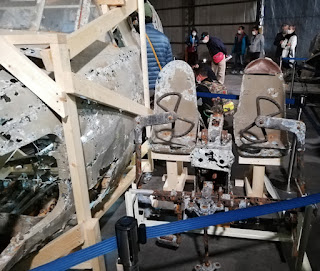 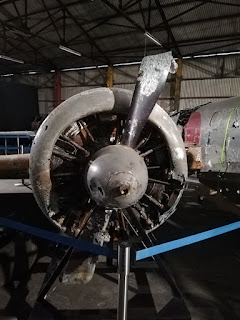 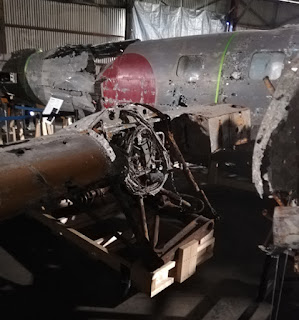 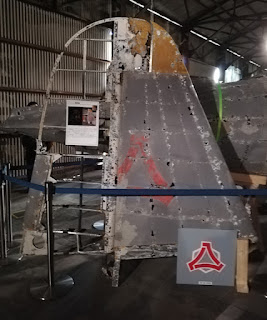 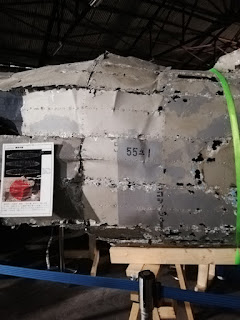 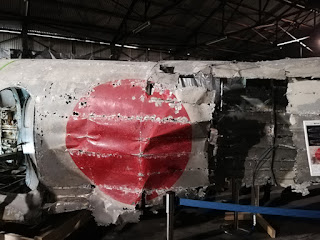 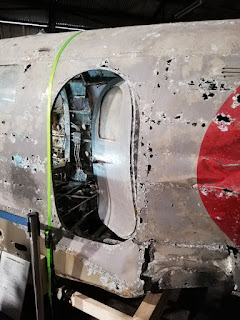 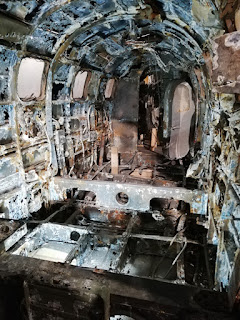 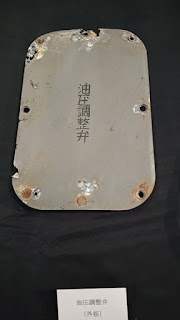 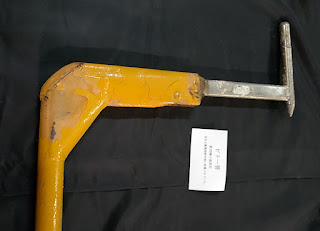 All in all, we had a fantastic day, Kiri for the very first time visiting an aircraft museum commented "立川飛行機 最高！！！". The organization was brilliant, although security was fairly lax (there were morons who thought that it would have been okay to knock on the plane to see if it was made of real metal or something) and the complementary drinks, handbags and more, were very appreciated.
Let's hope this will become an annual event.
立飛さん 素晴らしい展示構成ありがとうございます。飛行機が好きな方々が企画してくれたんだと分かります。来年もよろしくお願いします。
Posted by Arawasi

Thank you for posting these photos. Good to see these museum aircraft.

Beautiful !!! I want there, I really want there !! I have to sell my kidney, and when I get out of here!

Hello George,
nice pictures thanks. Any idea where it will end up? Tokorozawa?
Or are they doing a permanent structure in Tachikawa?
Still hope of being back at some point ....

thank you George for this report. Very appreciated!

Thank you for the photos George. Do you know what group the tail symbol represents?

I visited Tachihi and noticed that the cabin door of the Towadako K-54 opens inward, but all period photos of the Ki-54 showed the door opened outward. My speculation is that the the early versions had an outward open door, while the version Hei had an inward open door for training of paratrooper jump.
Does anybody have any idea about this subject?