-As to the "Shinden" J7W1 the kit comes with four fuselage machine guns. But analysing photos available on the internet it seems to me that the two prototypes built never had operational guns. In the photo attached there seems to be some patch that resembles the place where the machine gun would be visible. 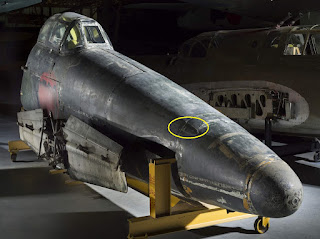 Do you know if the prototypes had guns?

- As to the Mitsubishi KA-14, the Fine Molds kit depicts the second version, do you know of any photo of this plane?

I just wanted to check if the cowling of the plane is the same colour of the fuselage or if there is any chance that it might be black.
Answers
-As you probably know, there are very few sources for the Kyushu J7W "Shinden" and very limited photographic material. According to the old FAOW l02 (Oct. 178), all available photos feature the first prototype of the aircraft after the end of the war. When the war ended, some of the exterior surfaces of the aircraft were damaged and were subsequently repaired so that it could be delivered to the occupying US forces. All these photos show the "Shinden" without any nose guns. 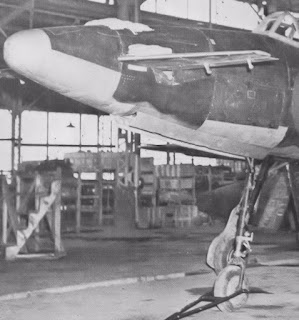 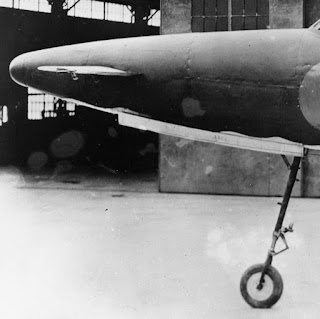 There are two (maybe three) videos showing the aircraft being test flown. (HERE)
They are very damaged films and quite difficult to discern small details, but, again, it seems the plane had no guns on the nose. 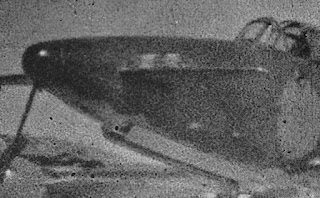 Taking into account that the aircraft was only test-flown three times and the powerplant installation needed further work, it is unlikely any guns were installed at this stage of the type's development.
According to Japanese sources the second prototype (of which no photos have ever surfaced AFAIK) was about to be finished when the war ended.
-The Fine Molds kit depicts the modified version of the first KA-14 prototype. The original version of the KA-14 prototype had a smooth cowling. There are three photos in Encyclopedia Vol.1 that confirm the box art of the Fine Molds kit. 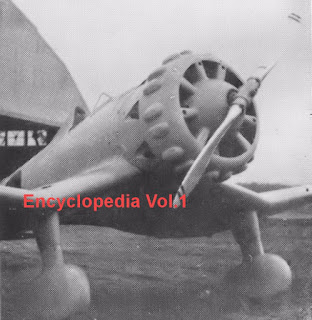 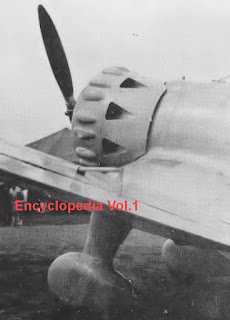 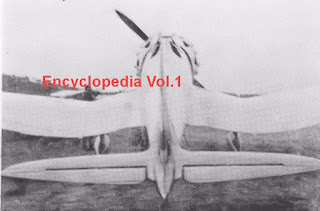 ARIGATO, George-san! I had never seen the film of Shinden in flight. Despite the poor quality, it made my day.

While on the J7W details topic,
One area that always intrigued me are the wheel wells - should You see into the fuselage (where the engine is), or were there some sort of covers?