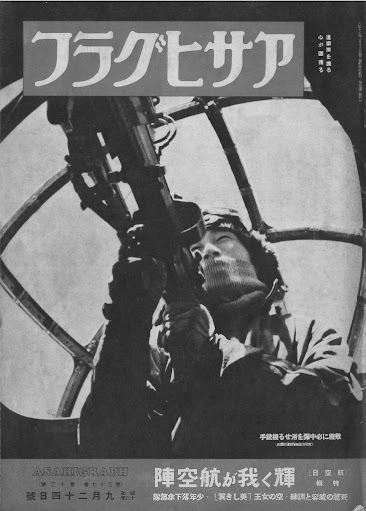 On the cover is the dorsal turret with the 20mm Type 99 Mk. 1 Oerlikon cannon. Note the big size of the turret offering an excellent all-round view to the gunner but little protection. 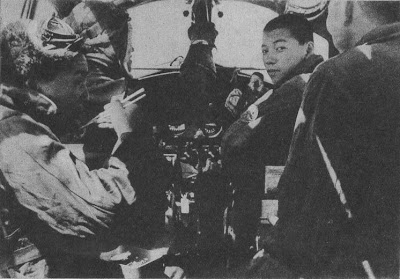 A forward-looking cockpit view. The guy on the left having a "bento" (lunch box) is the reconnaissance observer, on his right sits the commander of the plane. In front of him (the guy without a helmet) is the pilot who seems to have a badge on his sleeve indicating he's either an Itto Koku Heisho (Aviation Petty Officer, 1st Class) or Nitto (2nd Class). Finally the guy sitting next to the pilot is his co-pilot. 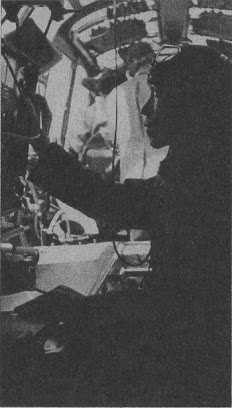 Another view looking forward, this one showing the position of the radio and telegraph operator. 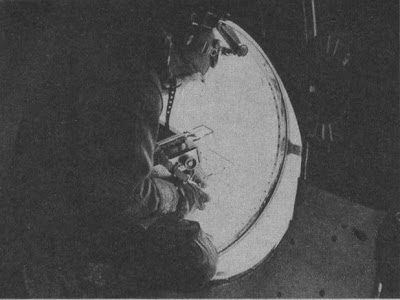 And finally a photo showing the interior of the fuselage side blister. In this case the gunner has placed the machine gun in its resting position and is taking photos with his hand held 25cm FLK camera. This partular camera was based on the German Carl Zeiss but produced in Japan by KonishikiRoku (Konica).

Note that none of the crew members is wearing a life vest. 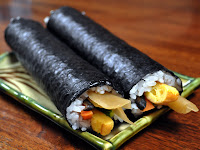 I nearly laughed out loud when I saw the crewman with what I would call chopsticks; what is the Japanese word?
Thanks for including the note about makizushi. It is nearly time for lunch on the US east coast and they are making me hungry.

Yep. Chopsticks they are. Called "hashi" in Japanese.