Cover of the May 12, 1943 issue of "Asahi Graph" with Sea Eagles (umiwasi) stretching right before taking off on a mission. Photo taken by Navy Reporter Terao. An excellent source for clothes and pilot equipment.
The white shirts with the lapel were usually worn by officers but from October 1942 they were accepted as official for everybody working on hot climates. The life vest was officially adopted in 1942 and had a small pocket on the right side for pencils or a small mirror. It was filled with kapok (http://en.wikipedia.org/wiki/Kapok) but I have also heard from veterans that cork was also used. 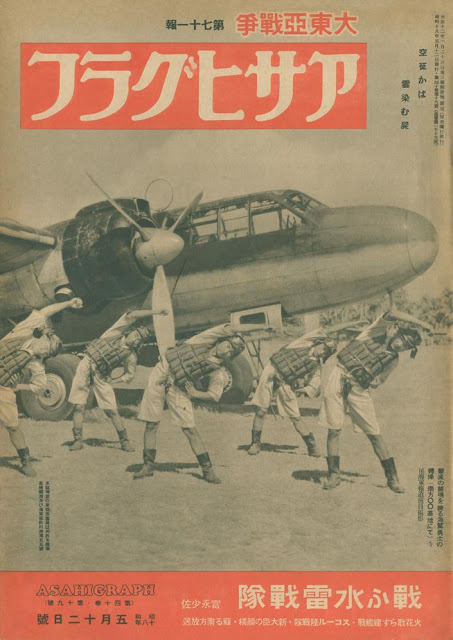