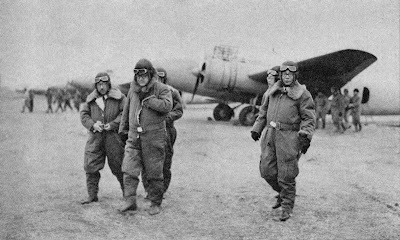 On April 1st, 1940, on the 30th Anniversary of the record flight of Lt General Baron Tokugawa Yoshitoshi (here), the "Wild Eagles" of IJAAF invited no less than 414 politicians and dignitaries for an air show in Tachikawa Airfield, Tokyo.
The exhibition started at 10:30 with front-line air combat simulations. Following that the guests were divided into more than 30 groups and flew with the latest bombers of the IJAAF over Tokyo. 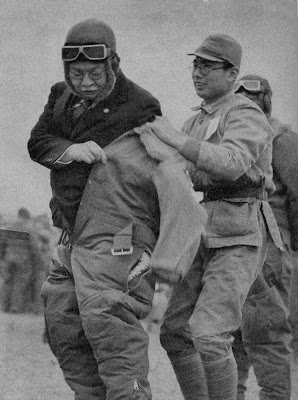 President of the Chamber of Representatives, Koyama Shoju, is getting prepped. 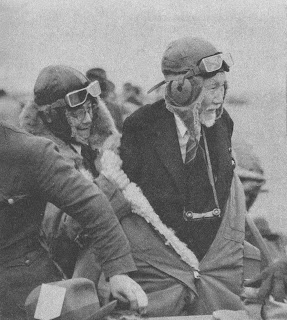 Tanakadate Aikitsu (b. 1856) professor of Geophysics in Tokyo University. He was involved with aviation from the very early stages and was nicknamed the "foster father of Japanese Aviation". According to the article, from a vintage publication, he thoroughly enjoyed his flight. On of the asteroids in the Asteroid Belt of our Solar System has been named after him (here).

In the photos below (from Ebay) we can see in colour how exactly these pilot uniforms and boots looked like. It's the later type of IJAAF pilot's winter uniform. 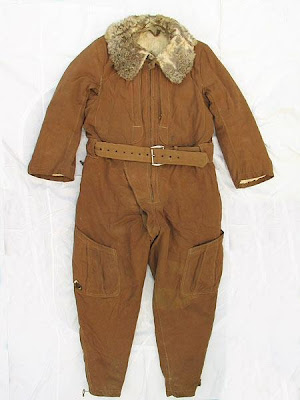 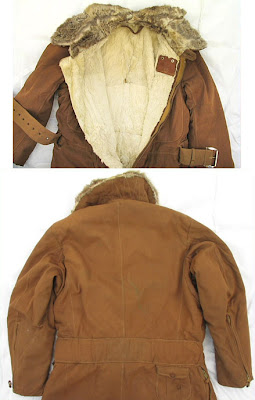 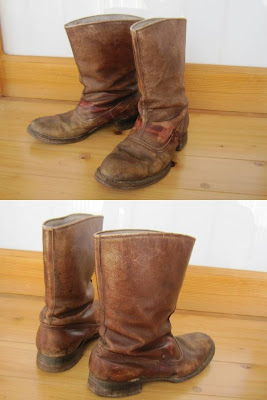 Wonderful, atmospheric photos.
Tanakadate-san certainly appears to be enjoying himself!