Since probably the world didn't end yesterday, here are two photos from a vintage publication of Navy Type 94/96 Carrier Bombers or Aichi D1A.
The date is September 19, 1937. At 08:00 of that morning a large group of Japanese aircraft gathered over the skies of Shanghai and proceeded for a massive bombing of Nanking and Canton. For more information on the exciting aerial events of that day do visit Håkan's brilliant site HERE.
The tail marking "T" indicates that they belong to the 13th Kokutai. According to Håkan :
"The 13th Kokutai was formed from the Omura Kokutai on 11 July. It was equipped with twelve Type 96 carrier fighters (Mitsubishi A5M), six Type 96 carrier bombers (Aichi D1A2) and twelve Type 96 carrier attack aircraft (Yokosuka B4Y1)." 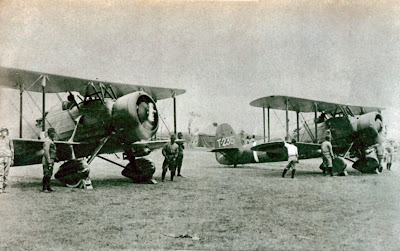 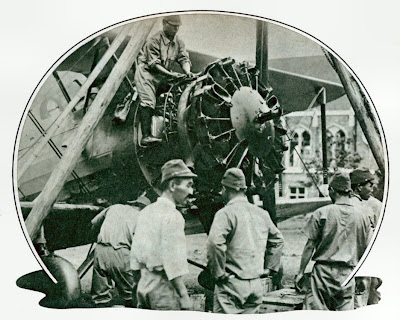 How about the engine? Is it a Nakajima Kotobuki or a Hikari?
Posted by Arawasi