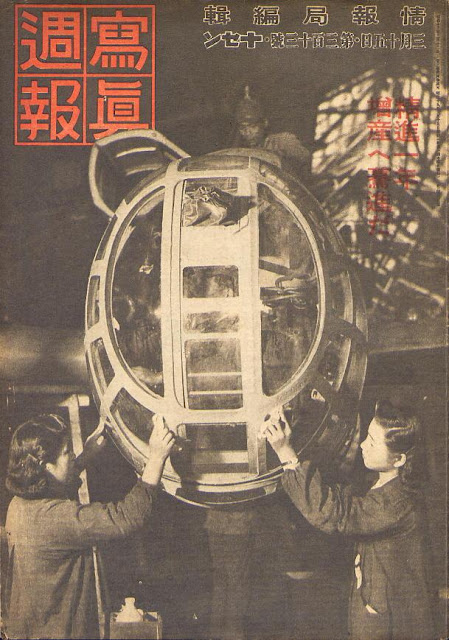 The cover of March 15, 1944 issue of  "Shashin Shuho" (Photo Weekly News) is offering an excellent frontal view of a Kawasaki Ki-48 "Lilly" revealing the exact shape of the nose. A good reference we hope for the AZModel kit in 1/48.
According to the caption: "Women are more and more involved in the production of aircraft as these girls in a Kawasaki factory testify. Who would have thought that women would participate in the assembly of the smallest to the largest part of an aircraft? But indeed that's what they do at an equal level with men. So take this opportunity and join the aircraft production."
Posted by Arawasi

Lovely pic of a lovely bird.
My first IJAAF project in the future!