On June 1, 1940 in the sport grounds of the Yodogawa Park in Osaka, a ceremony was held during which a glider was donated to the Osaka Prefecture by the students of the "Izuo Jyogakko" (Izuo Girl's High-school) in appreciation of the effort the schools in Osaka were doing training with gliders.
The model was "Mombuso-gata" (Ministry of Education-type) and the glider was named "Shirayuri-go" (White Lily) from the school emblem.
The glider was built by Fukuda and a female member of the manufacturer staff, Okamoto Tokuko holder of glider pilot's licence 1st class, flew it with the help of the girls who were particularly excited and all wanted to give it a try.
The ceremony was held on that day to celebrate the foundation of a "Koku Fujin-kai Shojo-dan" (Woman's Aviation Association, Maiden Group) organised by the headmaster of the school, Yonei-sensei. 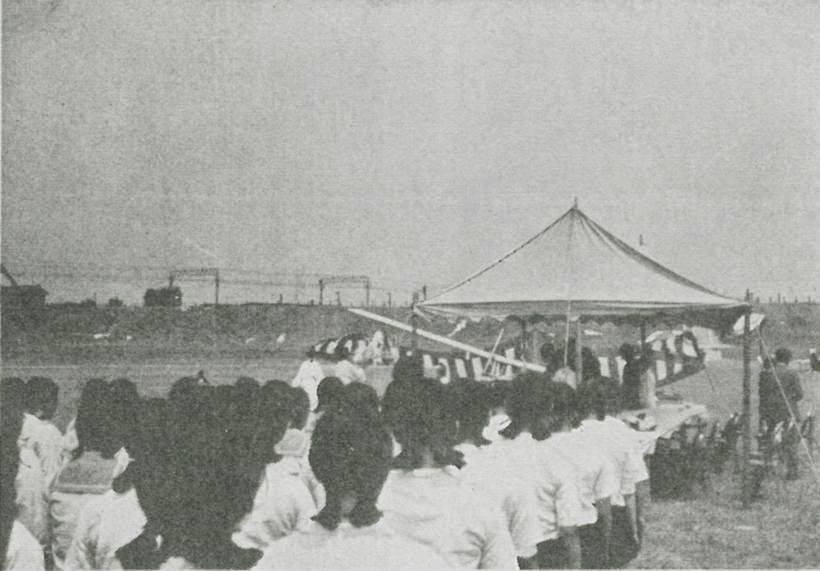 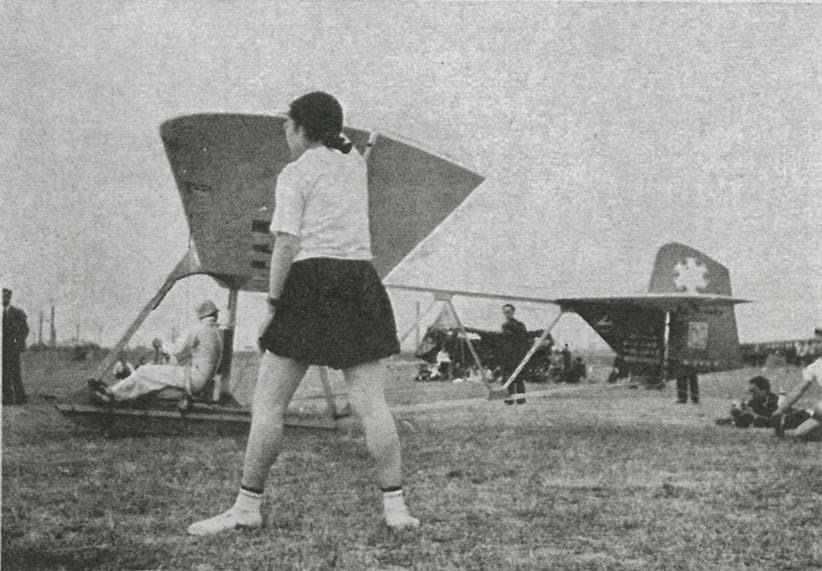 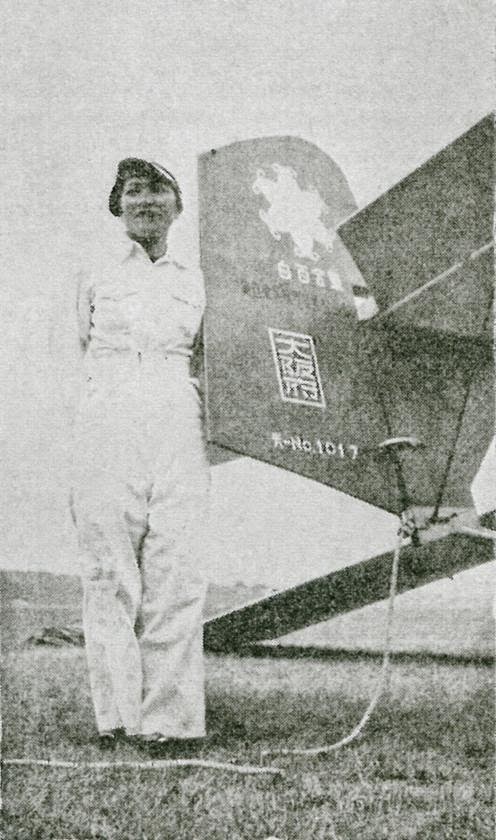 In the last photo Okamoto Tokuko is standing by the glider tail. On the top is the school emblem, underneath the kanji read "Shirayuri-go" and the kanji inside the "seal" read "Osaka-fu" (Osaka prefecture.
The school is still in existence today. Their emblem has changed a bit but the main design seen on the glider tail is still there. Here's link to the school site with their emblem on the top left corner.
Posted by Arawasi

Interesting. And nothing like "girls und panzer", thank goodness ;)

J Godwin asks:
Can you explain a little more about what is going on here? Were the schools in Osaka Prefecture public in the sense that anyone had a right to go or were they private so only privileged children where educated? How many other girls schools besides Izuo Jyogakko had glider training? Several months ago you informed us that there was no military use for women pilots so was there a civilian need? Thanks again for this Blog entry- very interesting

Mr. Godwin, let us try to answer your questions as best as we can.
Can you explain a little more about what is going on here?
The school gathered funds and bought a glider which they donated to Osaka. The photos are from the donation ceremony.
Were the schools in Osaka Prefecture public...
There were public and private schools in Osaka and everywhere else in Japan. For more about the education system of Japan, please check here: http://en.wikipedia.org/wiki/Education_in_Japan
How many other girls schools besides Izuo Jyogakko had glider training?
Glider training was greatly promoted in Japanese schools for boys at the time. This did not include girls schools. It was up to the girls school discretion whether they chose to organize a club. This is the first time we found a mention for an aviation club in a girls school. The club in Izuo was actually more of a special interest group about all things aviation related. The girls didn't have or train with gliders.
Several months ago you informed us that there was no military use for women pilots so was there a civilian need?
No there wasn't. Japanese women pilots did everything on their own incentive with very little support or encouragement. Most did not manage to obtain their full pilot licence.
HTH.

J Godwin comments:
Thanks for the expanded information. Since the glider was donated to Osaka, who would have been the intended users of the glider? Did any of the girls helping at the donation ceremony get to have a go in the aircraft as they wished? Finally, do you know how long Osaka had the glider and what happened to it?
Once again, thanks for another fine article about Japanese women in aviation.

Mr. Godwin, the users were probably the schools of the Osaka area. The article does not mention any of the girls flying the glider. Only that they were very excited. We have no further information regarding how the glider was used and its fate. Sorry.
Thank you too for the questions and your interest in the subject.