I'm sure you all remember the amazing model by Kalle Kindel of an older post (here). Today we post a photo of one of the civilian Aichi AB-4s. Here's what wiki has to say about the type:
"The Aichi AB-4 was a Japanese flying boat of the 1930s. A single engined biplane, the AB-4 was intended to carry out night reconnaissance for the Imperial Japanese Navy. Six were built and accepted into service as the Experimental 6-Shi Night Reconnaissance Flying boat, three of which were converted to civil transports...
In 1935, three of the six AB-4s were sold to the Japanese Airline Nippon Koku Yuso Kenkyusho, (NKYK). The first aircraft was converted to a cargo transport, while the second and third aircraft were converted to passenger airliners, with the pilot's cockpit moved to the extreme nose (replacing the existing gunners position) and an enclosed passenger cabin, for five and six passengers respectively, added. The third prototype replaced the Gasuden engine with a more powerful Napier Lion.
The three AB-4s were used by NKYK in scheduled services from Osaka, and for sightseeing flights. One crashed into a factory chimney on 27 May 1937, killing all five aboard." 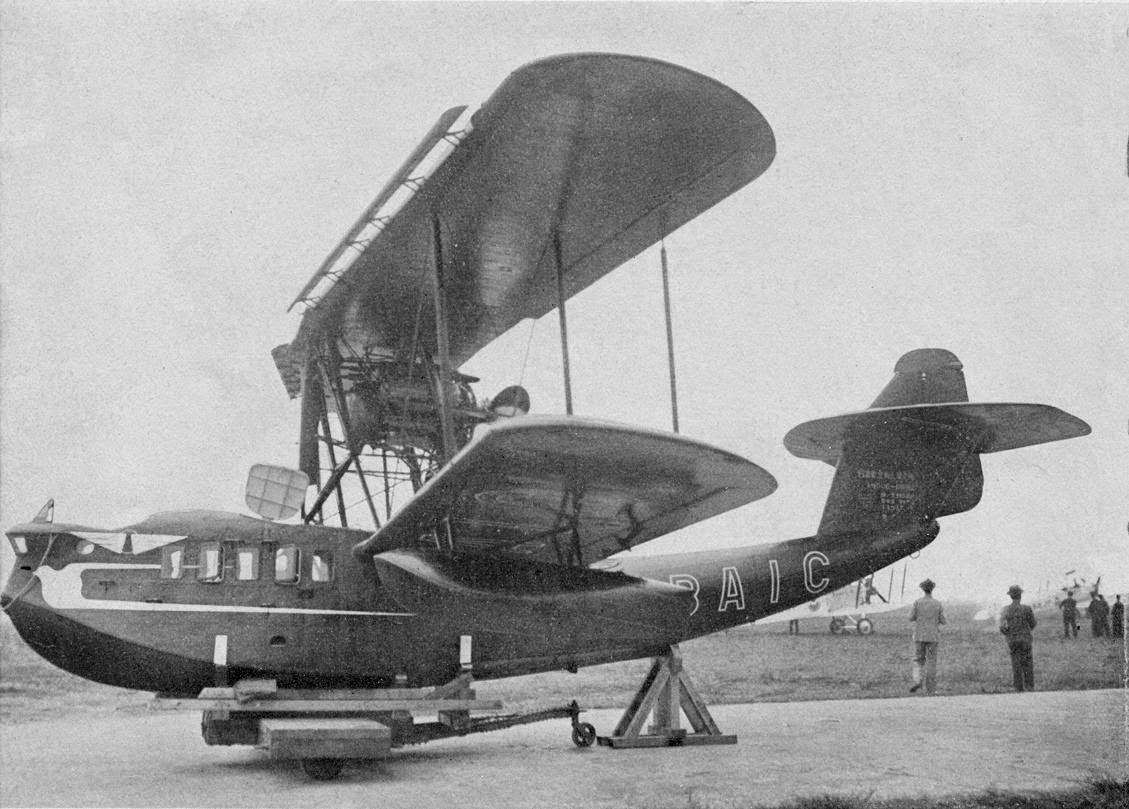 Oh I don't know why but this si one of my favorite Japanese flying boats. Thanks a lot for the picture.

Agree Alcides. What color do you think it was? Brown or blue?