Commemorative Air Force
Highland Lakes Squadron
Burnet, Texas
Located in central Texas along highway US281, lies the Highland Lakes Squadron of the CAF. Although it is normal to focus on the aircraft they have, several items stand out to those interested in WWII Japanese history, namely the IJA infantry weapons on display. Many are “war prizes” brought back to the U.S. After the war, donated by veterans and their families.
While I have tried to include the labels and tags as they are, there were a few items that didn't have identification. One item that looks rather curious is found in image set 07, in the lower right; could be an aircraft compass? Those who are fluent in kanji might be able to give some idea of the inscription on the flag in image set 06.
If anyone can identify, or add to the identity of an item, let me know. I can then pass on that information to the museum.
-D. Chouinard 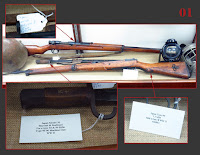 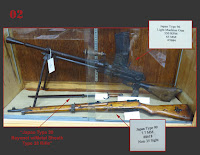 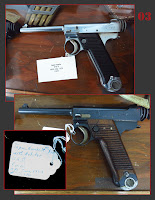 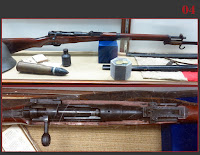 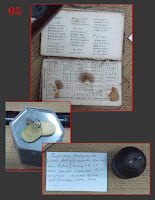 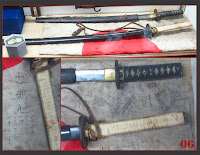 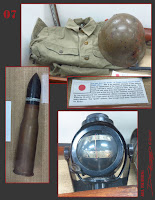