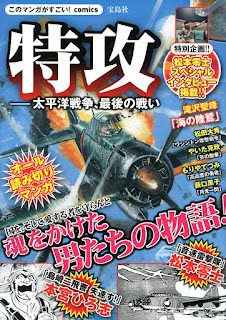 Picked up a new manga release today. Published by Takarajima (Treasure Island) in the usual small 12X18cm size, it is titled "Toko - Taiheiyo Senso Saigo no Tatakai" (Special Attack - The last battle of the Pacific War) and features seven stories, all in Japanese. 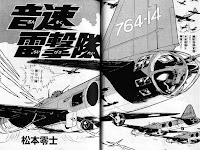 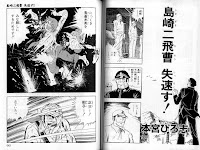 "Umi no Rikuwashi" (Land Eagles of the Sea) by Takizawa Seiho