A February 8, 1945 video from the NHK collection entitled "B-29 air raid against Rangoon". The narrator does not help with any details apart from the usual propaganda stuff like "the Japanese Army and Navy are protecting the skies and sea of Burma from the British enemy based in India" but of particular interest is the very short part where Nakajima Ki-43 "Hayabusa" (Oscar) of the 50 Sentai are seeing taking off to intercept the enemy.
The unit while recuperating in Saigon was changing to Nakajima Ki-84 "Hayate" (Frank) but the supplied aircraft had various problems and the change didn't go as smoothly as they would have wanted. The unit relocated to Mingaladon airfield, in the end of October 1944,  and was responsible for the air defence of Rangoon. From December the British ground units were moving from north towards south Burma and the unit relocated to Meiktila base on December 30 to attack enemy ground units. The next day 13 "Hayate" and four "Hayabusa" attacked a British armour column of more than a 100 vehicles.
On November 4, 1944 a combined group of more than 100 enemy planes including 25 B-24s, attacked Rangoon. All the 50 Sentai aircraft intercepted shooting down many of the enemy planes, but losing 1LT Nakamura.
On January 13 1945 the unit relocated to Saigon to fight against the US fleet.
That's all the Japanese sources mention about the 50 Sentai during that time period.

A lot more information can be gathered from US sources and the tail number "293831" of the shot down US bomber, seen in the video, is the key.
First of all the December 14, 1944 raid was contacted by the 40th Bomb Group.
Very detailed and most interesting accounts can be found in the official site of the unit (here).
The shot down B-29 42-93831, nicknamed “Queenie” belonged to the 45th Bomb Squadron and six members of her 11-men crew were captured by the Japanese and interned in Rangoon; the rest perished during the raid. 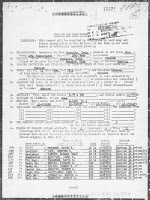 Below is a letter by Co-Pilot Norman Larsen about the loss of "Queenie", and the fate of his fellow crewmen. (from here) 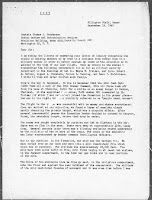 And here is a very dramatic account of the horrible conditions the US airmen were held and what they endured.
Posted by Arawasi