The video from the NHK colelction, dated August 31, 1943, features Mitsubishi Ki-21 Model 2 Koh "Sally" bombers of the 58 and 60 Sentai on a raid against Chongqing. 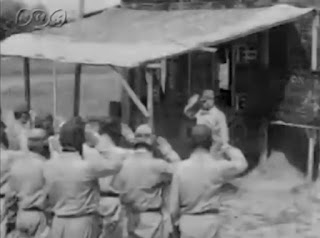 The video starts with a sentai commander giving a speech to the pilots before getting in their aircraft. Of interest for a diorama, is the officer's building and the blackboard with the details on the course, the formation etc. 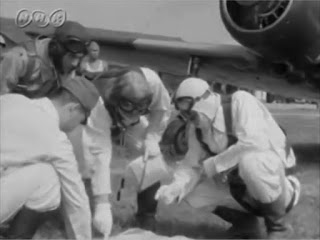 "Hayabusa" fighter pilots are checking some final details on amap before take-off. The intake under the cowling indicates that it's a Ki-43 Model 2. 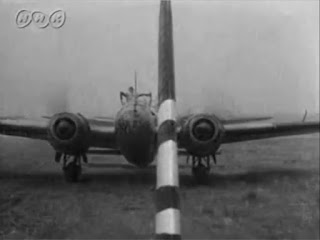 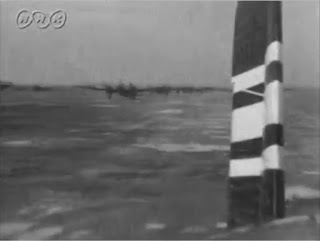 The two stills above with the tails of "Sally" bombers, show the tail marking of the 58 Sentai, 1st Chutai. Three white bands, top and bottom thinner than the middle. 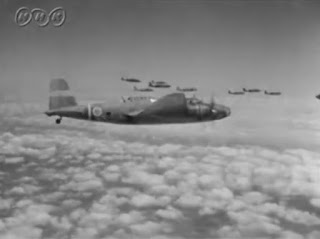 On the other hand, the still above features a 60 Sentai Model 2 Koh "Sally", either of the 2nd or the 3rd Chutai. 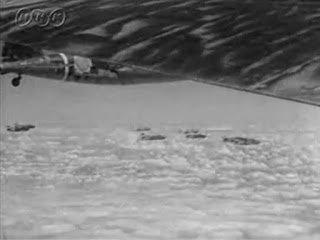 Note in the still above the very heavily camouflaged "Sally" in the foreground. 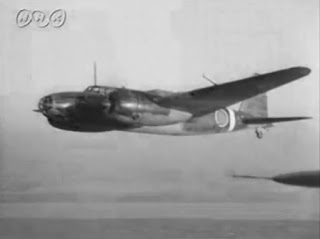 Another Ki-21 Model 2 Koh. Unfortunately the tail marking is not visible but most probably it's another 60 Sentai bomber. Note the hairyokushoku clearly visible on the undersurfaces.
Actually the raid that took place on August 23, 1943, was conducted by the 58 Sentai only, escorted by "Hayabusa" fighters from the 25th and the 33rd Sentai. About a dozen P-43s and many P-40s and other fighter types took off to intercept, and the 58 claimed two enemy aircraft shot down while admiting losiing one of the own of the 2nd Chutai.
Posted by Arawasi

Hi George, you may find the same video on Getty but at a higher resolution