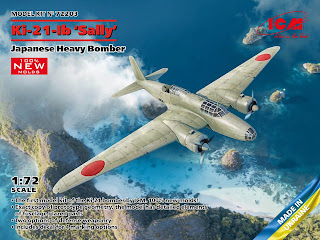 Great news from Ukrainian ICM! They have made good progress with their "Sally" in 1/72 which is scheduled to be released around October 20.
The box artwork is much better than the older atrocity and the renders look absolutely spot-on. I can see no inaccuracies at all (only the bombardier's seat is wrong but it will probably not be seen once the fuselage halves are closed). I hope they provide it with an open greenhouse, combat-ready option, not just closed. Unfortunately, it's been months since they last got in touch, so I have no idea what the "4 marking options" of the decals are.
The 1/48 version will follow. I guess either by the end of this or the beginning of next year.
No, they are not crazy to release a 1/24 version, as some requested.
They will also release a Model 2 in both scales. Remains to be seen if they will release Model 2 Ko (greenhouse) and Otsu (turret) versions. Both saw extensive action during the Pacific War.
I have not heard if they plan to do a full civilian M-21 or M-22 version. Hopefully, they will as there are many very interesting options.
https://www.facebook.com/ICM.Models/ 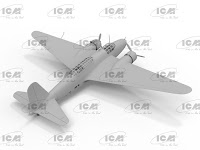 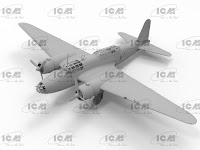 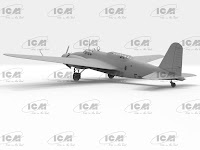 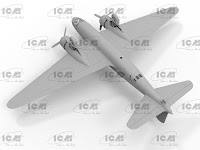 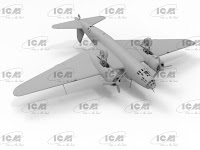 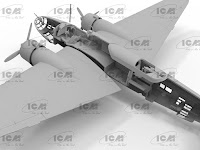 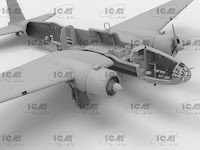 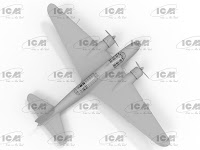 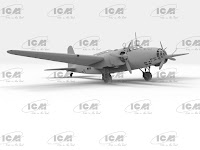 Thanks George. A 1/48 version would be great - no matter which one, as long as we will finally get one!!

Thanks George. Amazing to me that ICM, Dora and Clear Prop are still able to produce kits during this brutal Russian invasion of their homeland.