The 352 Kokutai was organized on August 10, 1944. Although the defense of Kyushu fell under the jurisdiction of the IJAAF, arrangements were made and the unit, based in Omura, was assigned to the defense of Sasebo, Nagasaki and Omura. Originally equipped with 30 Zero fighters and three Nakajima J1N "Gekko" night fighters, the first "Raiden" started arriving around October. The "Raiden" received tail numbers from 01-99, Zeros from 101-199 and "Gekko" from 201-299. The unit also operated Yokosuka D4Y "Suisei" night fighters.
The ancient (blue) FAOW #7 of 1968 on the "Raiden", included two photos of the most famous "Raiden", flown by Lt.JG Aoki Yoshihiro but no tail marking was visible and only one illustration depicting the tail marking of the unit was included. 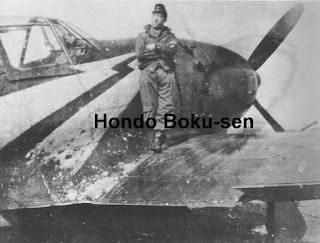 Hata&Izawa in their "Japanese Naval Aces..." book featured, no photos and the following illustration following the footsteps of the FAOW.

In the '80s more photos emerged, and the tail marking of Lt.JG Aoki's "Raiden" as well as the unit's actual marking was finally confirmed. 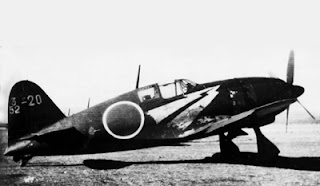 There are not that many photos of 352Ku "Raiden" fighters. Only a few of the surviving "sentoshoho" (combat reports) of the unit include tail numbers and the names of the pilots that flew them on a certain day, so it's quite difficult to pinpoint exactly who flew which aircraft. These reports show that different pilots flew different aircraft depending on whichever was available. While 352-20 has been confirmed as Aoki's aircraft beyond any doubt, Aoki flew different "Raiden" as well.
He first arrived at the unit on December 25 and was immediately assigned as commander of the 3rd Buntai. The first time he is mentioned as taking off with a "Raiden" was on December 30, flying aircraft number "39".
Most sources agree that "20" became his aircraft and received the two thunderbolt fuselage markings around March 1945. Sources disagree as to the exact significance of the two thunderbolts.
Lt Aoki's was not the only 352Ku "Raiden" with this flashy marking. There are at least three photos of another "Raiden" with one thunderbolt on the fuselage.
In these two photos featured in various publications, the tail marking is not visible and some sources mention that the single thunderbolt indicates that the aircraft was flown by a "shotai" commander. 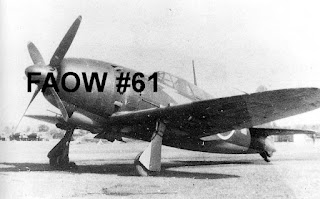 In Watanabe Yoji's "Hondo Boku-sen" (Air War Over Japan) the pilot standing next to a thunderbolt "Raiden" is identified as Ens Kaneko Kiyotoshi, mentioned as "shotai" commander. Again, frustratingly, the tail marking is not visible. 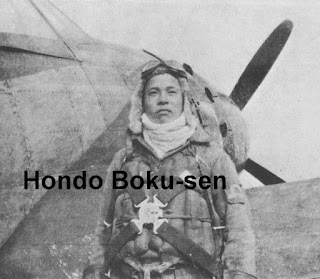 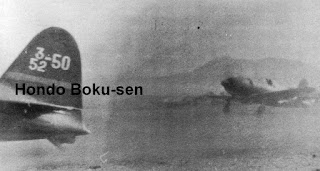 Could "352-50" be Kaneko's aircraft with the thunderbolt? The "Rising Decal" set we introduced in the previous posting suggests that it was. Nevertheless, most sources agree that the thunderbolt was applied on Kaneko's aircraft around the same time Aoki got his; March 1945. Unfortunately, there is little proof that Kaneko kept flying "50" until that time and that definitely became "his" aircraft.
It's possible but not confirmed.
Model Art illustrators chose a more prudent approach.

The "Rising Decal" set includes the tail marking of "Raiden" number "18" "photographed after the war on scrapyard in very bad condition". I have not seen a photo of this aircraft but it was flown on December 11 by LtJG Sawada Koichi, on December 14 by Kosugi Kozo (Kimizo) on December 18 by CPO Yoshioka ?, on December 30 by Iwaki Hideo and on January 6 again by Iwaki.
As we saw above, Hata&Izawa suggest that "17" was flown by Ens Kikuchi Nobuo in March 1945.
Model Art though, mentions that "67" was flown by Kikuchi on April 27, 1945. A quite specific date and indeed Kikuchi is mentioned in the "sentoshoho" as flying on that day but the number of his aircraft is not mentioned, as of the moment of this post, we have not confirmed the aircraft number.

We will keep digging in the history of the 352 Kokutai and if we unearth more information about the unit's "Raiden", we will update this post accordingly. Meanwhile, feel free to contribute if we have missed something.
Posted by Arawasi

Great research! Thanks George. It is very inspring that more recently airplanes are attributed to specific pilots (even if conjectural sometimes).

Thanks for the post George, I'm looking to learn more about the 352 2 Ku Raidens as I'm more familiar with 302 Ku/Atsugi.