On April 23, 1932, at Haneda airfield, there was a ceremony held by Osaka Mainichi Shimbun to present the two latest additions to the newspaper fleet; a Breda 33 and a Lockheed Altair. On that day pilot Okura flew with the Breda 33 for the first time with Minister of Communication Mitsuchi Chuzo as passenger.
The Breda 33 became the 23rd plane in the newspaper’s fleet and received the registration J-BANC. It was destroyed in ’s Army training field (date unknown). 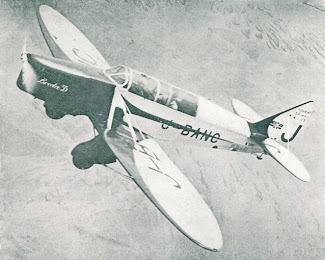 Note that in this in-flight photo the aircraft doesn't carry any hinomaru on the wings. These were added at some later date.
Japanese modeller "Avion Road" shared with us photos of his incredibly beautiful model in 1/72 by French resin maker Dujin. Don't forget to visit his site (HERE) for more civilian and pre-war Japanese aircraft models, more photos of which we hope to feature soon. 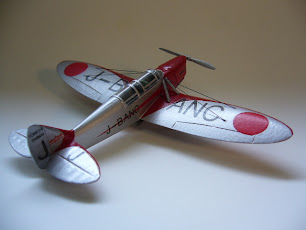 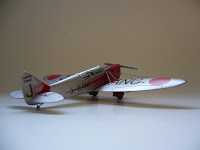 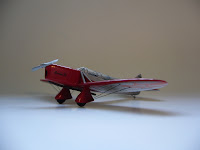 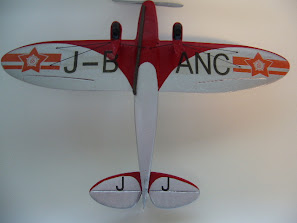 Thank you very much "Avion Road" for your contribution to our blog!
あびおんろーどさんご協力ありがとうございます。
Posted by Arawasi

EXCEPTIONAL work shown on "Avion Road"!
On the Breda, what is the "star and bar" marking on the underside of the wings? Something to do with the newspaper?
Harold K

That's an absolutely gorgeous piece of work. So refreshing to see a model in such a striking civil scheme.