HINOMARU and other civilian markings pt #4

Right from the beginning, as was common at the time everywhere in the world, Japanese civilian aviators were not much obliged by official rules and therefore used whatever design fancied them to decorate their aircraft resulting in some really spectacular schemes and markings.
Most often the aircraft carried the name and/or the logo of the owner only on the fuselage or on the tail. From 1921 onwards the J- registration, always in black according to regulations, was applied on the fuselage sides and on the wings. This was followed by a large J on the tail and occasionally on the elevators. Apart from the J- regulation the overall finish and markings of the aircraft was left to the discretion of the owners.

The Sonoda Aeroplane was built and flown in in 1912 where it was badly damaged. Note the "Navy" flag on the tail and the huge letters of the owner's name Sonoda Takehiko.

The Nakajima Type 6 Biplane was one of the first Nakajima designs. Built in 1919 it entered the first Tokyo-Osaka flight competition. Note the unusual roundel on the fuselage sides and on the wings, not repeated on any other Nakajima airplane. 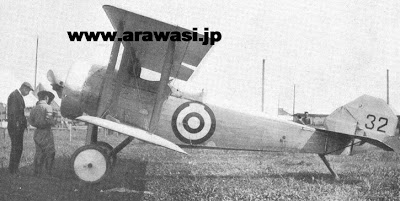 Some of the aircraft built by Shirato Einosuke and his Shirato Hikoki Kenkyusho (Shirato Aircraft Research Center) had a distinctive roundel on the fuselage sides and on the wings. It was based on a round version of the first Kanji of the owner's name "SHIRAto" as can be seen below. 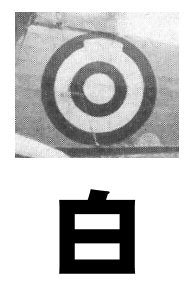 Actually, this practise of turning the Kanji of the name into a roundel was standard with some civilian aviation schools like the "Ajia Koku Gakko" (Asia Aviation School). The school was organised in 1934 and by 1935 it was equipped with Salmson 2A2, Hanriot HD14, Avro 504K and Nieuport 29C1 among others. 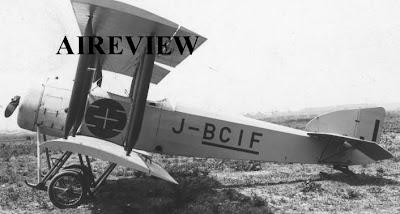 Hanriot HD14E2 of the Asia Aviation School. Note the J-BCIF registration on the fuselage sides and the J on the tail. The roundel, almost always applied on the cockpit side was based on the first Kanji of the school name, "A", as shown below. 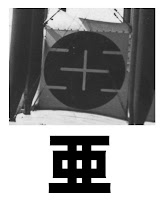 Some aircraft had the Kanji of "A" applied on the wings, sometimes underneath the top wing, not in the form of a roundel but as shown above. The old Nieuport 24 below, registered J-BBYF, has the school roundel on the fuselage sides but a peculiar Iron Cross underneath the top wing, most possibly indicating the owners before the plane's arrival to Japan. As stated before this particular area of a bi-plane is particularly difficult and therefore members of the "Asia" school tried to turn the cross into an "A" Kanji by crudely making the top and bottom lines of the cross thicker. There is absolutely no way the "A" Kanji to be writen in a form of a cross. 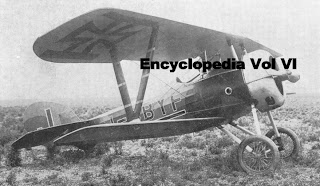 As we will see in a future part of the series, civilian schools were ordered to apply hinomaru on all standard surfaces (fuselage sides, wing top & bottom) often resulting in the overpainting of the pre-existing J- registration. The Nieuport 81E2 below could be an early example of this practise or more probably it was an old Army aircraft that was given to a civilian owner who applied the black J- registration over the hinomaru. The registration could be J-TATX but the civilian owner is not known.