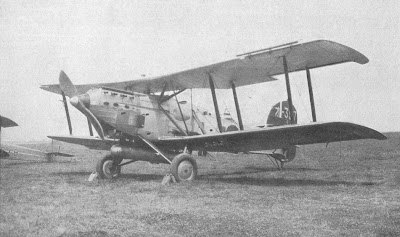 A Mitsubishi B2M1 belonging to Oomura Kokutai is the main feature of this photo from a vintage publication. The unit was organised on December 1st 1922 in Oomura City, Nagasaki Prefecture. Until that date IJNAF training was undertaken exclusively by Yokosuka Kokutai. But in order to improve the output and expand Navy Aviation, Oomura became responsible for training in West Japan while Kasumigaura Kokutai became responsible for East Japan.
Of extreme interest is the aircraft on the left of the photo. The registration is J-BEXB and is a Salmson 2A2 belonging to the Hokkai Times newspaper fleet, purchased in 1934. Hokkai Times was a local newspaper based in Sapporo, Hokkaido, founded in 1887 and closed in 1998. The newspaper had a small air fleet, the first aircraft was of the same type, purchased in August 1926 and was placed on a fixed postal route connecting Sapporo and Asahikawa in Hokkaido. Note the overall blue colour with the white fuselage line.
Posted by Arawasi