Sunday was a good day out at the Essex Model Show in Billericay, and was the first time we've attended, now in its seventh year.   It was a friendly show and we were made most welcome, albeit a late booking filling in for a club who had to cancel.  There were vendors with new and old kits as well as tools and supplies.  We displayed models from four SIG members, Paul Bebbington, Julian Dickson, Peter Terry  and I.  John Drummond was one of the organizers of the show and had his Japanese subjects on his branch stand.
- Gary Wenko - 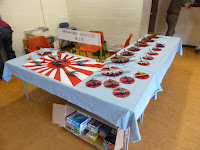 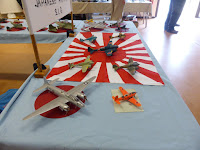 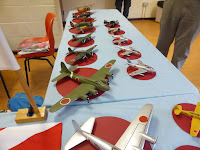