Another NHK video, dated December 18, 1942, featuring Kawasaki Ki-48s from the 8th Sentai. The narrator explains that now that the rain season is over the bombers have resumed their missions against the British in India. The base is very close to the border and the planes while in-flight can see the mountains of Arakan below them.
Note the 14 Sentai Mitsubishi Ki-21 "Sally" taking off before the "Lilies".
We tried to pinpoint the exact date and location and the best we could come up with was December 5 when the 8th and the 14th Sentai were ordered to relocate to the airfield of Taungoo in Burma since enemy ships were located in the bay of Chittagong the previous day and they were ordered to attack them. It seems though that only the 14 Sentai bombed Chittagong on that day escorted by fighters from the 50 and 64 Sentai. The 8 Sentai relocated to Heho airfield on that day..
Below are some stills from this unfortunately too dark movie. 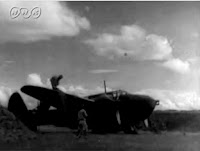 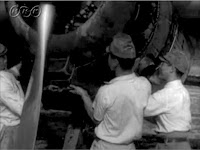 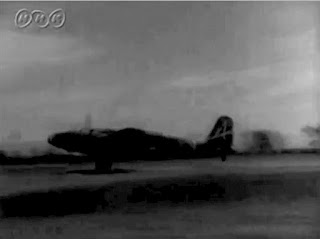 Thank you for posting these newsreels.

This was news, and sometimes propaganda, of the time, but it gives a glimpse of operations. Since there are no flying examples of the Ki-48 or Ki-21, this is the best thing going. Yes, the film is rather dark, unfortunately...