The air raids against Taiwan were the opening phase of the Battle of the Philippines, and the 221Ku relocated to the Angeles airfield with 60 a/c on October 23. The unit was heavily involved in air defense and launched multiple attacks against the U.S. fleet in Leyte and elsewhere. A small element of seven aircraft relocated to Menado and attacked Morotai at night.
Below is a clip from the NHK News Collection dated November 23, 1944.
According to the narrator, it features a visit of "Vice Admiral Fukudome, the commander of the Naval Base Air Force, to the base of the Kamikaze Special Attack Corps."
Here's more about Admiral Fukudome Shigeru and his involvement in the Taiwan and Philippines air battles, from his Wiki entry:
After Koga's death in March 1944, Fukudome became commander-in-chief of the 6th Air Base and 2nd Air Fleet, based in the Kyūshū-Okinawa-Formosa district. He later noted that this appointment was out of convenience, arguing that since he had no experience with naval aviation, his assignment to a newly formed air unit must be because of the immediate need for an officer of flag rank. On October 10, 1944, the headquarters of the 2nd Air Fleet moved from Katori in Chiba Prefecture to Taiwan; at the same time as the headquarters move, the 200 Imperial Japanese Army aircraft present in Taiwan were assigned to him to bolster his 100-aircraft fleet, with additional reinforcements coming in later in smaller quantities over time.
In late October 1944, because of the heavy losses of Japanese air units in the Philippines, Fukudome's responsibility was expanded to cover the Philippines as well. He moved his headquarters to Manila on October 22. Another 450 aircraft reached Clark Field over the next two days to join the approximately 100 aircraft that were already there under Vice Admiral Takijirō Ōnishi, who became his chief of staff.
Ofcourse the unit he's visiting is the 221Ku.
Here are some stills of Fukudome and the pilots. 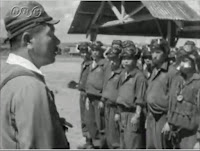 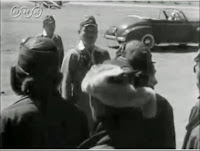 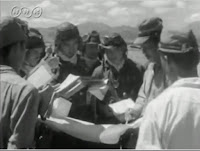 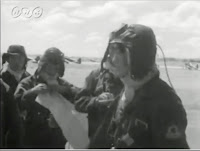 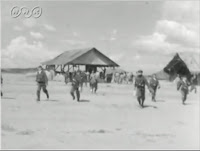 And here are some still featuring 221Ku Zeros. 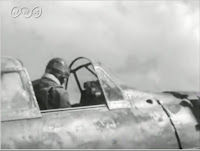 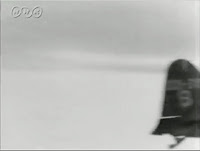 Although the still above is too blurry we can see that the tail number is "221-??" and that there is a "B" under the numbers. The letter "B" has not been assigned to any 221Ku hikotai. 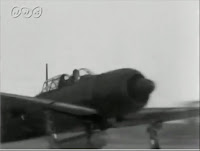 The Model 52 in the still above carries a 300ℓ drop tank under its belly and one Type 99 Number 3 Mk3 30kg incendiary bomb under each wing. It's the same aircraft in the still below. It's a Nakajima built Zero and the partially visible tail marking is maybe "221-A79". Which would mean it belonged to the 308 Hikotai. Note the fuselage and wing-top hinomaru with darker surround. 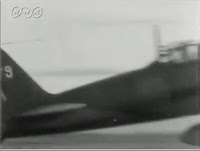 The tail marking of the aircraft in the still below is clearly visible; "221-D66". Carries a 300ℓ drop tank 30kg incendiary bombs under the wings, but note that it's a Mitsubishi built Zero. 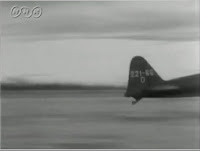 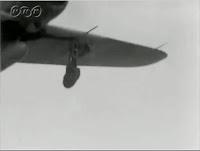 The last Zero taking off in the video is a bit puzzling because of the very blurry tail marking, but I think it has a "B" on the tail marking too but more interestingly, the tail cone has been removed. 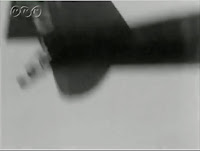 In December 1944, the unit was reorganized with six hikotai, 303, 304, 308, 315, 317 and 407 with 288 aircraft. It was the main IJNAF air defense unit in the Philippines and fought continuously suffering heavy casualties.
On January 8, 1945, the remaining pilots of the unit relocated to Taiwan but the ground crews stayed behind and fought as foot soldiers in the mountains of Luzon.
Below is a photo of a Mitsubishi built Model 52 found at the end of the war at Clark Field. Note that the number "26" of the tail number is repeated on the wheel covers and that the green camouflage is not reaching the tail cone. 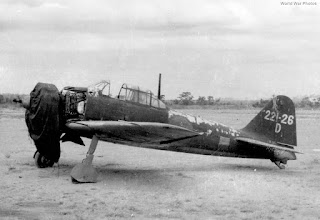 Here are the painting instructions.

I'm sure you can recognize some of the Zeros we encountered in this mini series.
Antoine asked:
do somebody can id the two cars at the beginning ?
Ford Delux 1938 with suicide doors 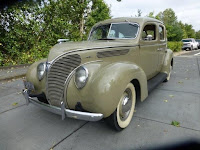 And in this still... 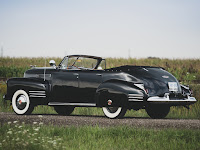 Hi
do somebody can id the two cars at the beginning ?

Thank you very much
i'm from France and my english isn't very good ; apologies !
so the Ford deluxe 38 is a captured car ? or not ?
i think that's the second one is american too....

No worries. Yes, the cars are definitely captured.

thank you very much ! it would be interesting to study all theses cars seen in background of theses films : interesting too to study captured cars and truck in japan army service or in airfield...

the zero picture of 221-D26 was taken at Clark Field, Luzon, the Philippines.