We start this series of posts with a rare photo of 7 Sentai "Sallys". 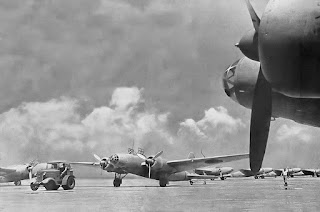 The bombers are all Model 1s. Note ofcourse the Kato tractor (here) pulling the Ki-21, a luxury only Japan-based units could afford.
The tail marking on one bomber is barely visible and confirms that it belongs indeed to the 7th Sentai.

The unit's "Sallys" are particularly camera shy. I know only of two photos where the tail marking can be seen. Below is one of the two featuring Ki-21 Model 1 Otsu. 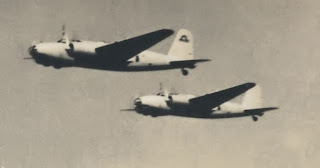 The other is in FAOW#153, p.61. The whole marking is unfortunately not clearly visible in any of the photos.
The unit was organized on August 31, 1938, in Hamamatsu changing name from 7 Rentai to 7 Sentai. At that time the unit was equipped with Mitsubishi Ki-1 bombers. In the summer of 1939 changed to "Sallys" and relocated to Gonzhuling, Jilin Province, in Manchuria in July 1941. The unit spent the time there training and in the summer of 1942, changed to "Donryu" and was assigned to Java Island, then to New Guinea. Then, returned to Hamamatsu and changed to "Hiryu" in the spring of 1944.
The design of the unit marking included Mount Fuji and a river flowing.
Posted by Arawasi

I wonder why so few pics of that unit? Did the army sentais have some kind of PIO/PRO (Public Information Officer/Public Relations Officer) to feed info to or invite the press?

Hello Sir,
While arranging my files, I find a image of a similar tractor, but named TOHO, and it just looks as the one viewed from the rear in the "Mitsubishi Ki 21I Sally Hamamatsu Army Flying School" photo. Sorry, I don't know the source, or how to attach it here.