A particularly cool in-action photo of a "Sally" with flight crew and bombload. 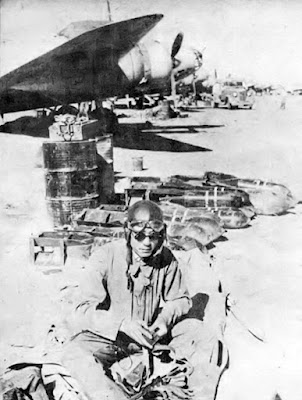 The flight crew member is checking his personal belongings while waiting for the bomber to get bombed up. There are nine bombs in front of the aircraft, so these are 100kg bombs. The "Sally" is in overall hairyokushoku without any camouflage, so this photo was probably taken in China before the Pacific War.
Note the fuel truck in the background.
Posted by Arawasi