Here is my second kit.
Again Tamiya 1/72.
The plane represents V-117 from the Tainan Kokutai.
On June 9, 1942, it was shot down over Cape Ward Hunt. It was a tragic attempt by its pilot Ensign Satoshi Yoshino. After a dogfight with Airacobras and Kittyhawks from the 39th FS, his plane was hit and fire started. The pilot climbed out of the cabin and kept staying on the wing, untill the plane crashed into the ocean (he didn’t wear a parachute!).
The picture is from Roy Grinnel. 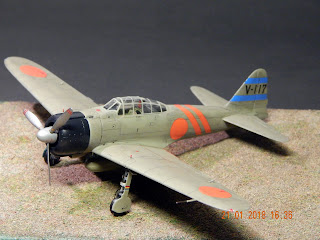 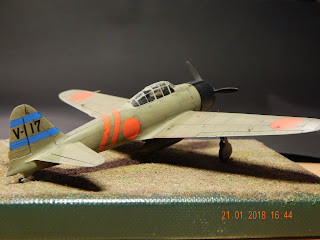 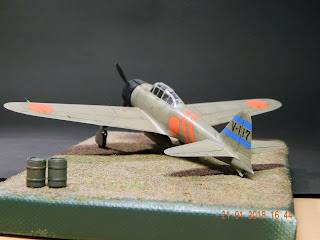 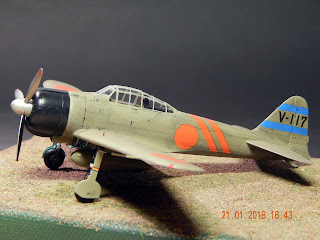 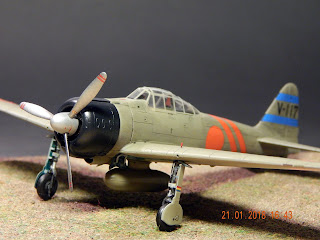 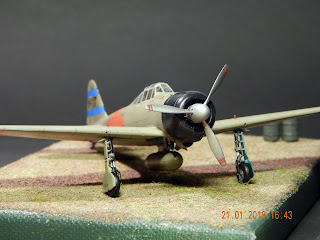 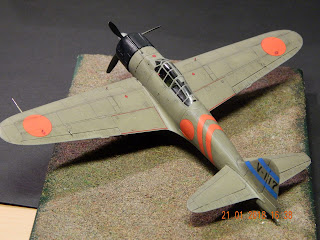 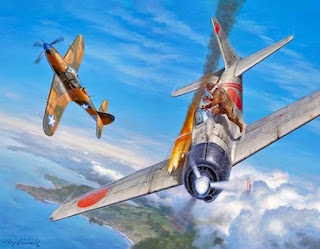 Another very nice effort is 1/72. I can see small issues with the wash but very good overall. 8.5

What am I missing? - this is a flawless model. Very delicately built in 1/72 (!) with nice detail (break lines), excellent finish and perfectly applied markings. Even better than your first one - hence 10.0

Great work again. I've been watching Zera for a long time. I don't know why, but I like this a little less than the first one. But that means nothing, it's just my feeling.
I give 8.5 points.