The clip today, from here, was taken at Tokyo's Haneda airport and features a variety of interesting types.

First up we see a rather interesting Kyushu K11W "Shiragiku" with a puzzling "J" on the tail. 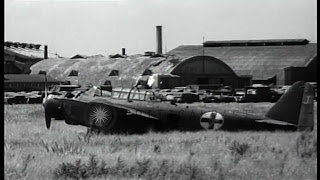 Then we are treated to a survivor, a Seversky A8V, operated by Asahi Shimbun, registered J-BAAN in October 1938 and named "汐風" (Shiokaze), which can be translated as "tidal wind" or "salty sea breeze". 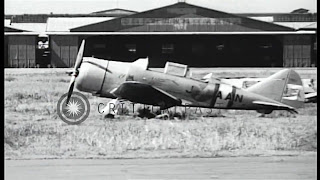 The photo below is from the Wikipedia page. Note that in the still above the aircraft has a black-white-black fuselage band associated with civilian aviation schools and, at least to my eyes, seems to be painted overall hairyokushoku, not NMF as before. 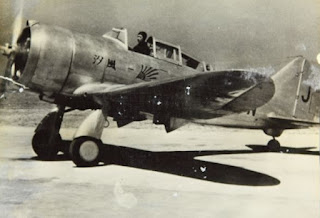 The next aircraft is a Tachikawa Ki-54c transport with another puzzling marking on the tail; a "-33".
Note that the "Shiragiku" and the Ki-54 have surrender markings. 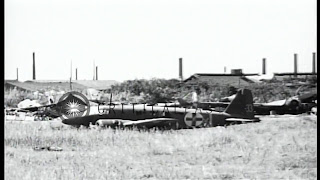 The next aircraft is a quite uninteresting Showa L2D... 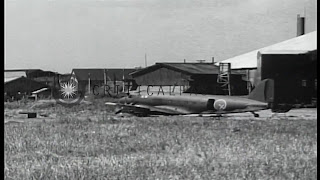 ...followed by a most interesting Douglas DC-5. 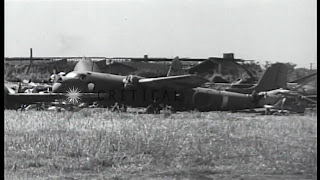 The particular aircraft, originally registered as PK-ADA, was operated by Koninklijke Nederlandsch-Indische Luchtvaart Maatschappij (KNILM) and, according to Wikipedia, was damaged in an air strike by the IJAAF at Kemajoran Airport in Batavia (present-day Jakarta), on February 9, 1942 and was abandoned. The Japanese repaired it and was brought to the mainland where it was tested and displayed in Haneda together with a variety of captured Allied aircraft.
Photos below: Arawasi 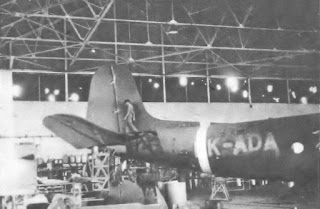 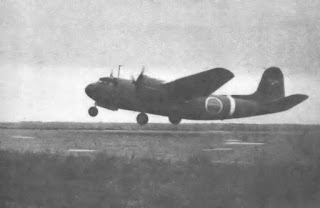 The last aircraft in the clip is a Mitsubishi Ki-15 "Babs". The tail marking resembles the one of the 15 Sentai (50 & 51 independent Chutai) but this unit was in French Indo-China at war's end. The other unit with a similar marking was the 55 Independent Chutai but it was based in Nanking and operated in China. 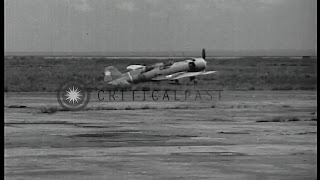 On closer inspection, personally, I believe the particular tail marking with the sakura (cherry blossom) and the two parallel bands, doesn't correspond to any known unit.
Our friend Devlin Chouinard didn't miss the chance to create some beautiful artwork.

Note that all the aircraft have a white X on their hinomaru, probably indicating that they are un-operational and should be scrapped.
Posted by Arawasi

This is a great find. Thank you for posting.

Outstanding! The Babs also appears to be all grey-green, too. Thanks for sharing,

Some unusual aircraft shown, but that Ki-15 is of particular interest...
Also, not often you see a DC-5, not many were produced.

Devlin, a most welcome Ki-15 color profile. Thank you.