In this last Atsugi post we feature clips of various Japanese vehicles that were gathered in Atsugi but also a couple aircraft.
In the first b/w clip we can see a quite large number of trucks of various types (I counted at least 6 different types).

In this second color clip, we can see in the beginning a Type 94, 6-wheel truck, hard-top, in a three color camouflage scheme (sand, brown, green). 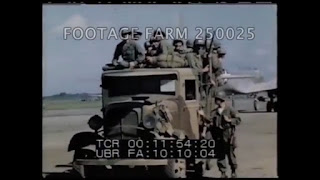 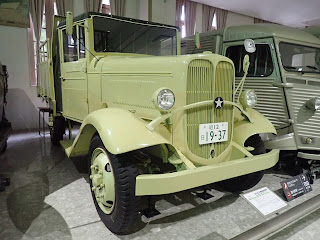 Fine Molds has released kits of this truck, both the hard-top and soft-top versions, in 1/35.

It is followed in the video by a Showa L2D, a variety of vehicles and at 0:30 the rear of at least four different fuel trucks (note the green in the background). At 0:37 is a different truck, that looks like a Chevrolet but I haven't yet identified the type. Leave a comment if you have any ideas. 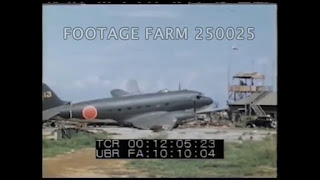 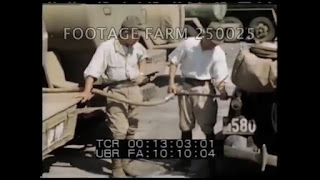 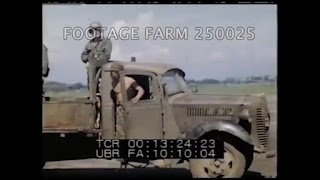 In the next clip we can see a similar "Chevrolet" type 4-wheel truck unloading stuff from a US transport aircraft.

In the clip below, we can see again a lineup of different vehicles starting with some fire engines, more below, two Navy fuel or water tanks (type unidentified) and then more Army trucks. 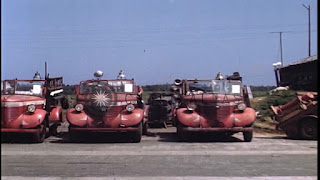 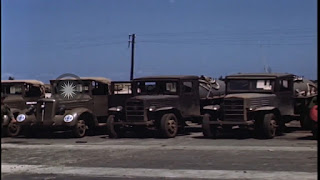 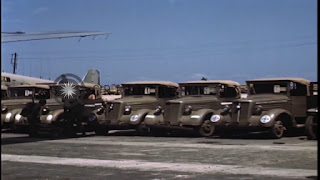 Close-up of the fire engines. The kanji on the windscreen reads "米" (BEIkoku - U.S.A.). 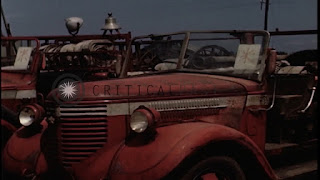 I wonder if there is footage somewhere that shows the left side of the Tabby? From what I can see it does not have the extra windows behind the cockpit or they are painted over, but is fitted with the blister on the top of the fuselage which could possibly indicate an L2D3? It would be interesting to see what type of door is fitted to the left rear fuselage. The exhaust pipes appear to be the shorter type common to the L2D3. Great still shot, as it provides inspiration to convert my 1/48 Monogram DC-3.

Wonderful coverage of the trucks again. It's such a pity that Hasegawa stopped at the TX40 in 1/48, and didn't produce different vehicles. There is such a need for the IJA starter truck as well....maybe Fine Molds or Wingsy will fill the gap someday.