The photo below clearly shows the markings of the particular aircraft. 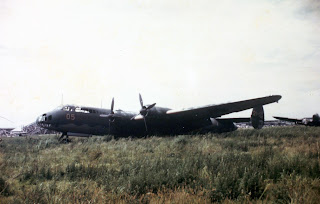 Another photo of the same aircraft. Both photos from here. 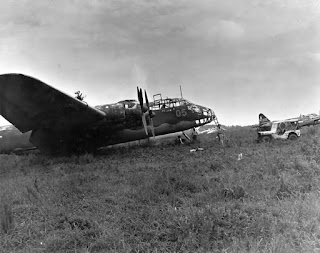 Another "Shinzan" was also found at Atsugi. 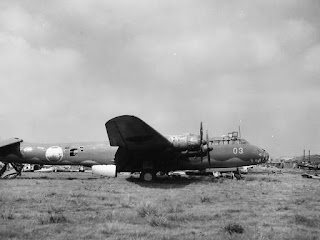 Photo above from here. 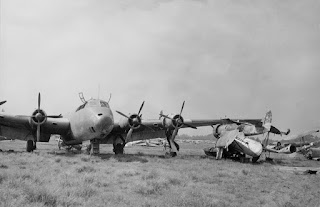 Here's the story of these two aircraft (source FAOW blue #90, October 1977).
First, take a look at Wikipedia, here.
The first two G5N prototypes had Mitsubishi "Kasei" engines since the development and delivery of Nakajima engines was delayed.
From the third to the sixth completed aircraft, Nakajima "Mamoru" (or "Mamori") engines were installed. These were known as "Shinzan-kai".
The type was plagued with various problems, especially with the underpowered engines and did not meet the specifications for a heavy bomber. As a result the four aircraft with Nakajima engines were modified as transports in 1943 designated "Shinzan-kai Yusoki" (yusoki=transport).
The first two Mitsubishi engine aircraft were destroyed on the ground during a raid against Yokosuka base.
The other four transports were given to the 1021 Kokutai, therefore the "21" on the tail, organized on January 1, 1944, and based on Katori airfield, Chiba Prefecture. It was also called "hato butai" (pigeon unit) and initially used the kanji "鳩" (hato-pigeon) until spring 1944. Then used the number "21". The unit used the aircraft to transport fuel drums, propellers, engines but also ammunition, medical supplies and more, 6-7 times originally to Tinian and Saipan from March 1944, and, when these was captured by the U.S. forces, later briefly to transport supplies to Manila.
The first of the four (3rd produced "Shinzan"), tail marking "21-01" together with one more "Liz" was to fly to Saipan on a transport mission (exact date unknown) but the second aircraft aborted the mission due to engine trouble. "21-01" arrived in Saipan, but the aircraft was bombed and destroyed while on the ground.
The second of the four (4th produced "Shinzan"), tail marking "21-02" was lost during a landing accident on April 19, 1944 near Kasanohara base, which was near Kagoshima, Kyushu.
When transport missions became too dangerous, the third aircraft operated by the 1021Ku, tail number "21-03" (5th produced "Shinzan") and the fourth, tail number "21-05" (not "21-04" because the number 4 in Japan can be read as "shi" meaning death, more here) were given to SagamiKu, based in Atsugi, to be used for maintenance training. They kept their 1021Ku tail markings and this is where they were found by the U.S. forces.
In the end, both aircraft were scraped. 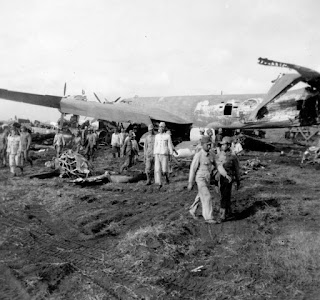 Photo above also from here.
Posted by Arawasi

Question: Would the Shinzans converted to transports be designated G5N1-L?