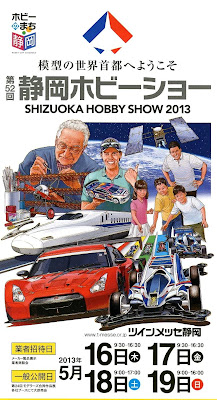 The 52nd SHIZUOKA HOBBY SHOW was held on the 16-17-18 and 19 of May in the traditional "Twin Messe Shizuoka". Nothing had changed since last year regarding the organisation except improvements in the public transportation to and from the show, so what we wrote on this blog last year (HERE) is valid for this year’s show too.
The first big hall and about half of the second were reserved for the 77 plastic model, radio-control, car and railway modeling companies as well as the small number of publishers and bookshops.
The number of visitors this year was spectacular with every inch of the halls filled with fans trying to squeeze to get a glimpse of the makers’ booths. Not a particularly pleasant experience but definitely a sign of a successful event that more than 50 years later still attracts great interest.
What was unfortunately not interesting was the total luck of new Japanese aircraft releases in any scale by the "major companies". Absolutely nothing from Tamiya, Hasegawa or Fine Molds. Nada. Zilch.

Tamiya celebrated the arival of a restored Zero in Japan with a small booth. 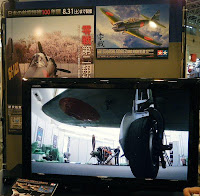 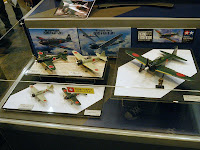 Fine Molds had only a few previous released models and their belt series. 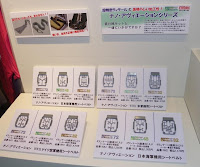 Sweet had a rather big desplay of their very popular Zero-sen series in 1:144. 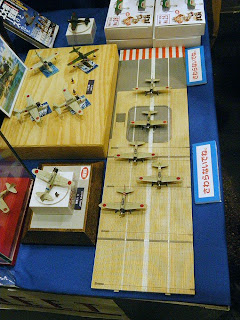 Only Hasegawa is re-releasing in July their popular A6M1 Zero prototype and A6M8 in 1:48. 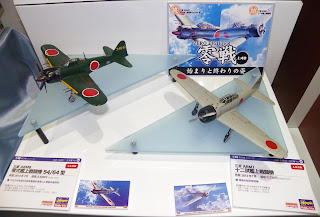 Various interesting releases were waiting for us in the BEAVER Corporation booth including: 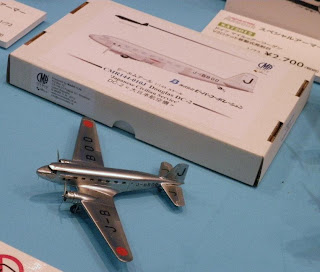 Yokosuka K5Y1 “Willow” and the seaplane version in 1:72 by AZ Model. 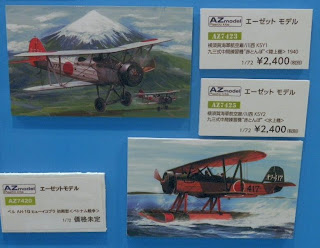 And various after-market sets by BEAVER. 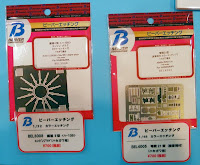 The other new release was by TOMYTEC and GIMIX. Zero-sen Model 52 in 1:48, ready-made and painted with interior details that can be presented any way you want, undergoing maintenance or ready for action. There will be four different kits including a night-fighter Zero-sen, each with different figures. Release date is also July. 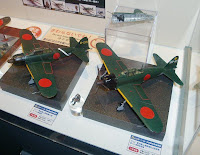 But the most pleasant surprise was in the tiny booth of ZOUKEI-MURA. A brand new Mitsubishi J2M “Raiden” (Jack) in 1:32, originally announced last year, is ready for release in a couple months. Price will be between US$90-100. We were happy to have a short conversation with very friendly Monden-san of Zokei-mura who revealed that releases for the immediate future will (unfortunately) include more non-Japanese aircraft subjects. 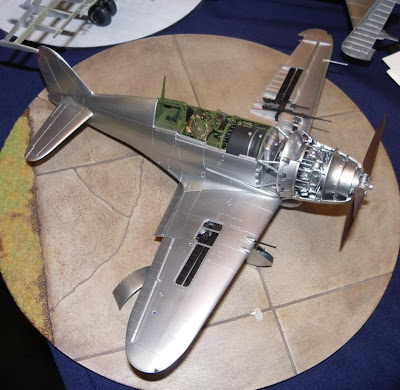 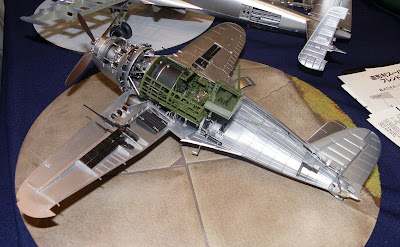 Stay tuned for an extensive coverage bonanza with A LOT of photos of the dozens of the modelers' exhibits. Coming up tomorrow. Need sleep.
Posted by Arawasi