Every May, modelers from all over North Central Texas converge on the Mesquite Convention Center to show off their creations, browse the vendors, and connect with those who share the same passion. Squadron also had a presence at the show as well as having their “open house” at their mail order facility, with plenty of good deals to be had. However, the main focus here is Japanese aviation.
While the turn-out for those who like hinomaru was a bit on the light side, there were some nice entries on the contest tables. 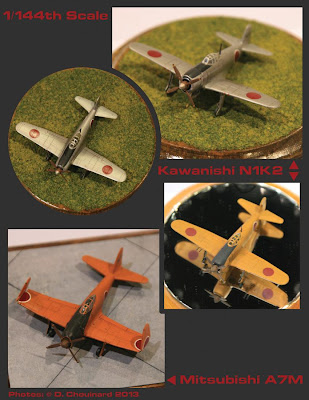 In 1/144th scale, there were a pair of N1K2-J Shiden-Kai and a Mitsubishi A7M Reppu. All well done for such a small scale. The first two are PLATZ kits, I believe, the latter I'm unsure of. 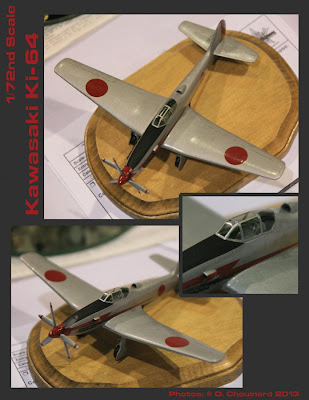 For those who like X-planes, there was a Ki-64 in 72nd scale. The kit manufacturer is unknown. (MPM?) 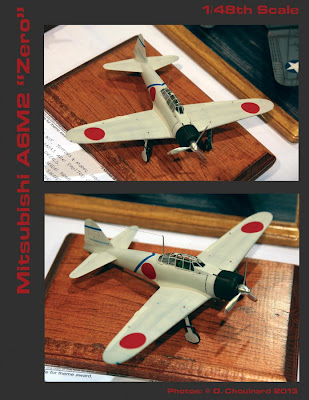 In 1/48th scale, there was a rather nice Mitsubishi A65M2 “Zero”, the Tamiya kit with added rivet details and painted on hinomaru. 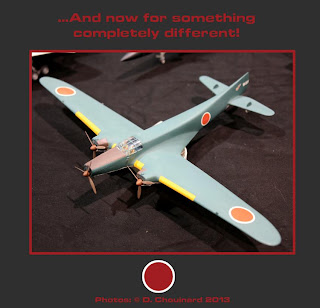 Lastly, for the “what-if” fan was something I have yet to identify! Does anyone have a guess what the basis of this strange looking plane is?
If you see your model pictured, please leave a comment!

Thanks!
-D. Chouinard-
Posted by Arawasi

The strange plane could be a modified br 20 cicogna. The cockpit looks like it. The rest could be just modified an brought in shape. Engines perhaps spareparts. Just a guess

I believe that is the French Arc-Enciel.
Ed

The mystery plane is the Couzinet 70, a 1930s French three-engined commercial monoplane built by Société des Avions René Couzinet. Why it's in Japanese markings, I have no idea.

Jim and otftch are both correct.
The kit will most likely be by Heller.
Would love one of these so please reissue it Heller!