Navy Type 13 Carrier Attack Bombers or Mitsubishi 3MT2 (here) of the Tateyama Kokutai as indicated by the katakana "タ" on the tail.
The unit was organised on June 1, 1930 in Tateyama city, Chiba prefecture to patrol the areas near the coastline of East Japan. Equipped with carrier fighters, bombers, attack-bombers, patrol seaplanes and flying boats. On December 15, 1944 all the Eastern Japan patrol kokutai, including Tateyama Ku, were merged into the 903 Ku.
A second Tateyama Ku was organised on May 15, 1945 with carrier attack-bombers and patrol seaplanes. 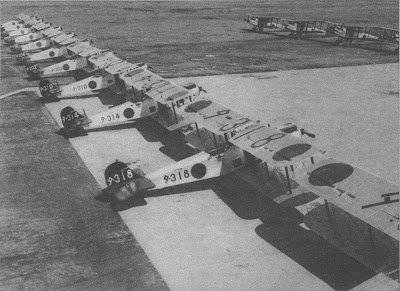