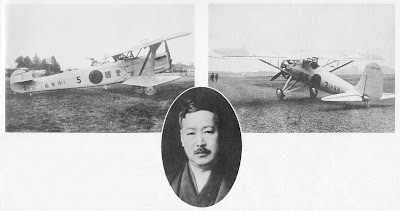 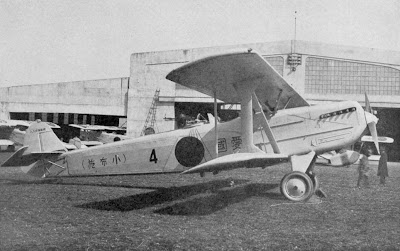 A follow up of the previous posting, today we feature photos of the very first aircraft Obuse Shinzaburo (photo in the middle) donated to the IJAAF. These were a Type 91 Fighter or Nakajima NC which received the designation Aikoku #3, a Type 88 Light Bomber or Kawasaki KDA-2 which became Aikoku #4 and a Type 88 Reconnaissance Model 1 or Kawasaki KDA-2 which was named Aikoku #5. Their donation ceremony was held on March 6, 1932 at the Yoyogi parade ground.
Posted by Arawasi