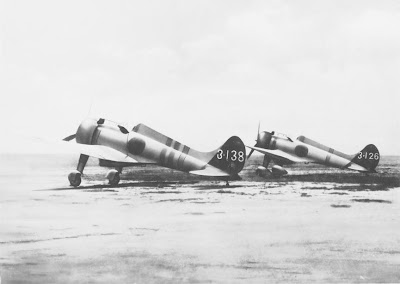 Two photos showing late production Type 96 Carrier Fighters Model 2-1 or Mitsubishi A5M2a belonging to the 12th Kokutai, which from September 5, 1937 was based in Kunda base in the suburbs of Shanghai where probably these photos were taken. The hump on the fuselage back became more prominent from the 47th production aircraft to protect the pilot in case the aircraft turned over. The plane in the foreground with the marking 3-138 was flown by LCDR Yoshitomi Shigema, commander of the 2nd Buntai. Note that the rear part of his aircraft spats are removed and that he has two red bands on the fuselage and one probably white with red surround. 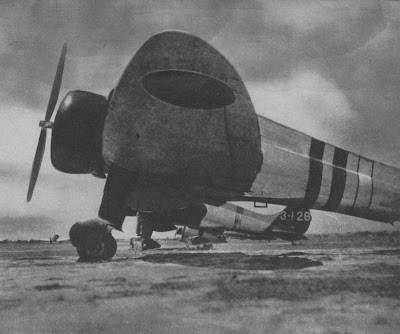 This is a great photo in several ways.
I have never seen the wheel spats removed "halfway" in this fashion. It seems like a good idea, in that it retains some streamlining in flight; but removes the part most likely to be fouled on a muddy or rough airfield.
Also noteworthy is the way that the tail codes are painted parallel to the ground; in flight they would appear tilted down towards the nose of the a/c.