Our good friend Harold K sent over a heads-up that in the Nuremberg show Special Hobby excibited what seems to be a future release of a Tachikawa Ki-54 in 1/72. (photo from here) 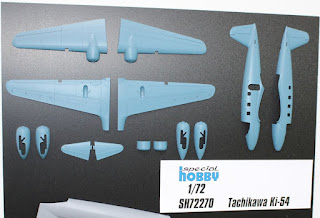 The only other kit that existed of the type in that scale was the resin by A&V Models.

So, it should be interesting to see what Models of the type Special Hobby will release.

ALSO...............Clear Prop Models have released two new Mitsubishi Ki-51 "Sonia" kits.
One in 1/144 which from the images in their site looks really detailed and most interesting. 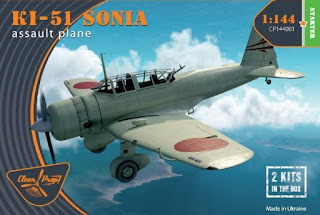 And the other in 1/72 which is even more detailed with photoetched parts. 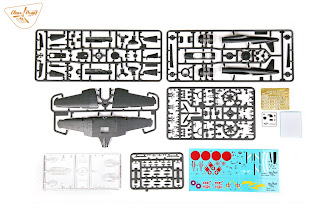 Both look really beautiful!!!
Check their site HERE for their "Claude" and most interesting extras for the "Sonia".
I think it's great that model companies discover other types of Japanese aircraft beyond the Zero and the endless releases of fighters. Not to mention the improvements in quality.

By the way, no company has ever sent Arawasi any kits for review, with the glowing exception of Hasegawa. So, instead of actually saying what I'm thinking, I'll just say a "thanks for nothing" to all the rest of you!😞
Posted by Arawasi

Three years in the making!

Good news from Special Hobby! While not "mainstream", it is an attractive looking aircraft, I'm looking forward to it's release. I agree that more avenues should be explored when it comes to Japanese aircraft. Not just the limited production resin kits that are difficult (expensive) to obtain, and often times a real pain to build.