This is my entry for the current contest.
It is a 1/72 A6M3 by Tamiya and is substantially an OOB realization being this model so perfect I didn't use any putty. This model reproduces a well known aircraft belonging to the Tainan Kokutai and found abandoned on Buna in March, 1942.
I also added  a few cockpit details, riveted the surfaces, added links and brake lines to the undercarriage. This is a model built in 2015 - a particular care has been taken in reproducing the elusive amber-grey paint. I used a mix of Humbrol colours in which the # 28 Matt Camouflage Grey played a major role, then  added # 62 Matt Leather,  # 86 Matt Light Olive and 99 Matt Lemon in various proportions. The "chalky" appearance here and there has been achieved by replacing the # 28 grey with some White 34 in the above mixture and dry brushing both models . In the wings the navigation lights have been reproduced by carefully carving the plastic thickness and adding a drop of crystal clear. Prop and spinner  received their share of Alclad paint and finally all the hinomaru have been masked and sprayed along with the blue and white bands on the tail. The light paint scratching has been achieved with a Stabilo silver pencil. I particularly enjoyed the building of this kit not only because it goes together with no problem at all but because in my opinion catches very well the lines and the appearance of the Reisen. 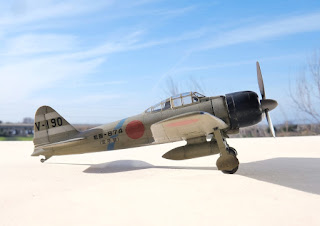 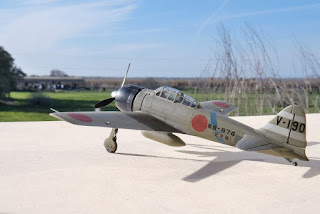 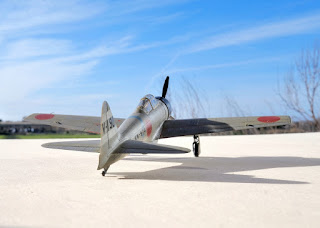 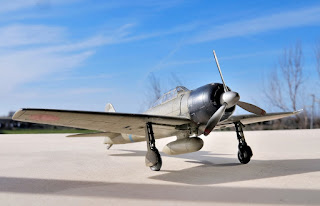 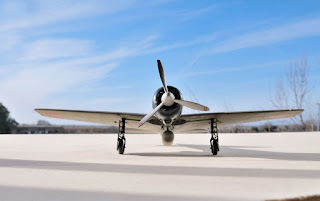 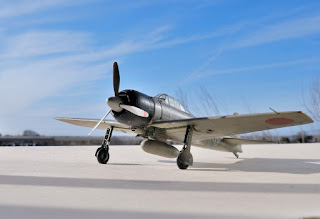 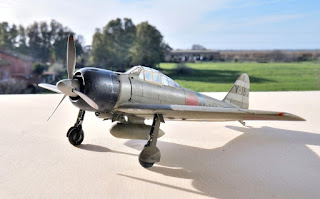 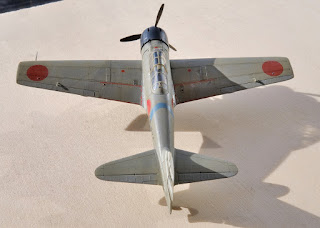 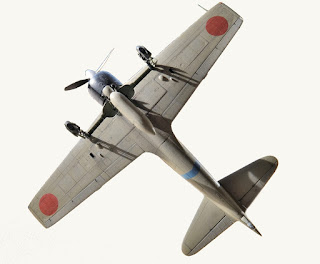 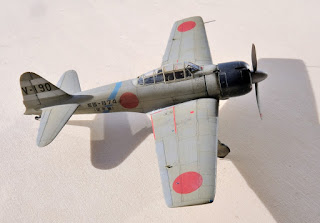 Although not an A6M2, this Zero is absolutely AMAZING!!! I love the overall color and the attention to details. For me it's a perfect model in this scale. And the photos! Bravo Danilo! 10

Beautiful model! I like the subtle details brought out by natural light. A "10" from me....

Excellent! One of the best shown here! That's a clear 10.
(More recent publications display a black fuselage band, but even if this may be correct the model is a wonderful representation of the former wisdom).

Well the chewron should be black. Otherwise a superb kit. 9,9

A really good piece. Subtle and small scale. Although it is my best version of Zero, it is not A6M2. Therefore, I will be neutral and give the same number of points as the second machine outside the competition. :(