During the U.S. assault against the Marshall Islands starting from January 31, 1944, when the Battle of the Kwajalein Atoll took place, until the begining of February, a number of wrecked Japanese aircraft were captured mostly on the airfield of Roi-Namur Island.
Below are some aerial photos showing the airfield. (photos from here and here) 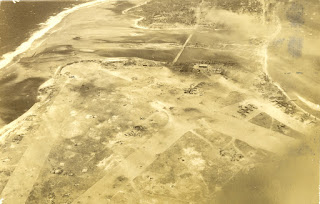 And here's how the Roi-Namur Island looks now (photo from here). 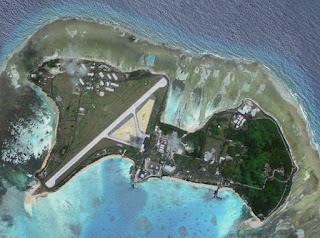 Most of these aircraft were already badly destroyed from the intense naval and aerial bombardment. as can be seen in the photo below, from here. 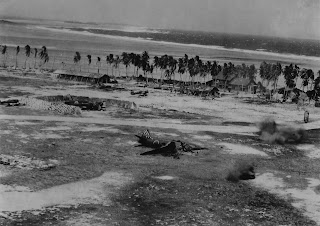 The "Betty" bombers with the two or three white lines on the tail belong to the 752Ku, we first encountered here.The unit relocated to Roi-Namur on November 24-25, 1943, with 37 "Betty" bombers. They took part in the battle of the Gilberts and attacked ships at Makin Island suffering great casualties. When the U.S. forces landed on Roi, the unit had about 20 aircraft and managed to return to Japan on February 20 where the 752Ku was re-organized.
Another photo of a 752Ku "Betty". 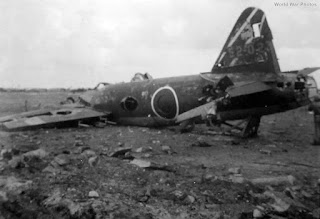 The "Betty" wreck below is more intriguing and according to the caption the photo was taken in the Marshalls. The red tail marking number is very carefuly and elaborately applied with a white surround and there are two red lines above it also with a white surround. Unfortunately the rest of the marking is not visible and we were not able to locate a kokutai with a tail marking ending in "35". 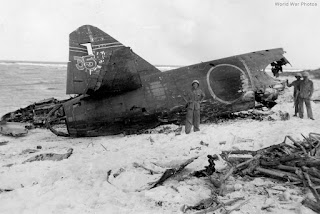 Here's another photo of the same aircraft, from here, but again the complete tail marking is not clear enough.

The "Betty" below was found on Eniwetok Island. (official U.S. Marine Corps photo) 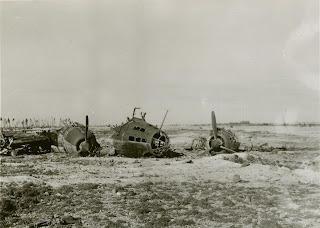 Let's see the first video, from here.
There is an A6M2 Zero that is very badly destroyed and the tail marking is barely visible. I adjusted the color of the still a bit by removing a little bit of blue and adding green. 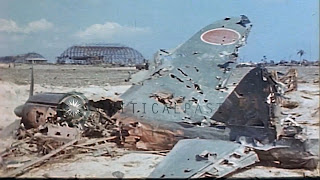 A "Betty" can be seen but no visible tail markings. 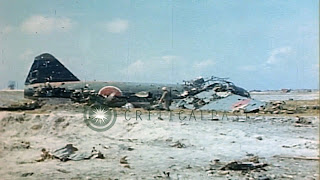 And a beautiful close-up on the "Betty" fuselage revealing various shades of green. Do you think the undersides are NMF or hairyokushoku/grey? 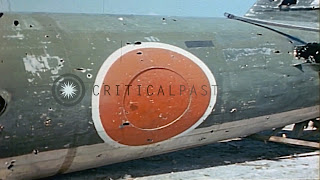 On THIS video, captioned as taken on Tarawa, there is a fragment of only a second, showing the data plate of the above "Betty". 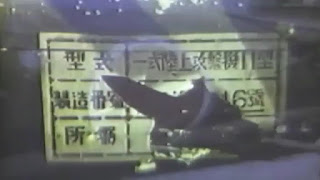 Let's see some photos of Zero fighter found in the Marshalls. 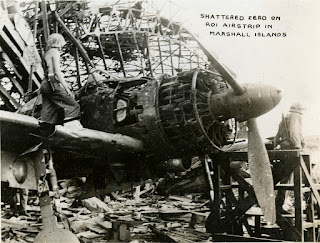 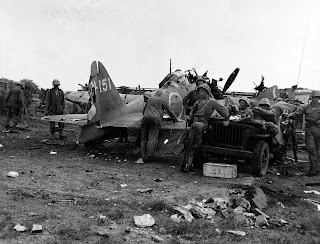 In the official USMC photo above, the tail marking is visible; probably "81-151".
Another photo of the same aircraft, from here, is captioned as been taken in Tarawa. But I would go with the official USMC caption and say "Roi Island, February 1944". 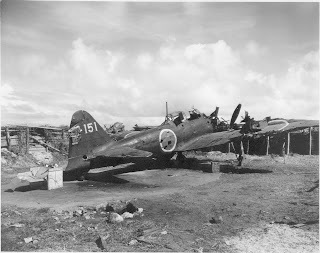 Two more photos from the Jeff Ethel collection. Again, I adjusted the colors a bit. 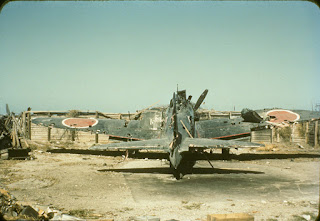 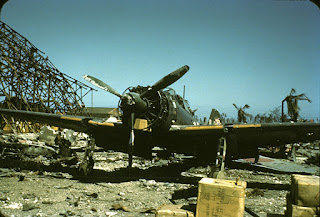 Let's see some more videos taken on Roi-Namur. Each video is slightly different from the other offering small extra details.
The first is from here.
Of particular interest is the Zero with tail marking "81-101". 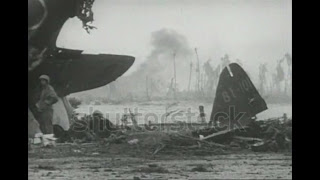 This would indicate that it belonged to the 281Ku which was organized on March 1, 1943, in Tateyama, Chiba Prefecture. On May 23, relocated to Paramushiru for anti-submarine duties. In early December 1943, relocated to Roi-Namur with air defence duties. The unit was completely oblitarated during the February 1 attack. The unit was equipped with Zero fighters and Showa L2D transports.

The next video is from here.

Again of particular interest is a Zero with tail number "52-???". 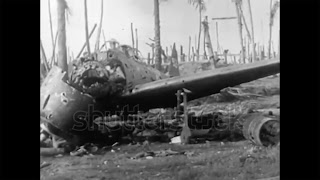 This marking indicates that the aircraft belonged to the 252Ku which was organized on September 20, 1942. Originally it was a fighter unit within the GenzanKu and on November 9 of the same year relocated to Rabaul until March 1943. From Rabaul the unit was charged with air defence duties in the Solomon and New Guinea area. From November 1943 unitl January 1944 the unit took part and was almost completely destroyed during the battle for the Marshalls. The survivors returned to Japan.

Another aircraft visible in the video but in completely wrecked condition is a "Jake" seaplane. 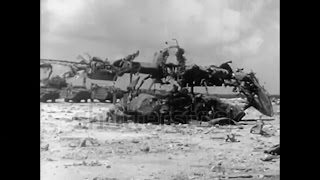 In the next video, from here, we can see the remnands of "Betty" bombers. 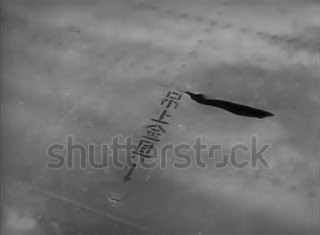 Another video, from here, with some extremely interesting close-ups on a Zero fighter.

The next video, from here, includes various shots of wrecked aircraft but of special interest is the 752Ku "Betty" with tail marking "52-021". 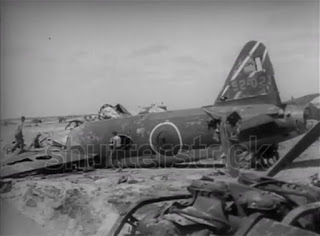 And finally an interesting video from here, featuring an asortment of IJNAF bombs found on Roi-Namur.