Czech company K/P (Kovozavody Prostejov) has released a Japanese version of their Salmson 2A2 kit in 1/72, HERE. 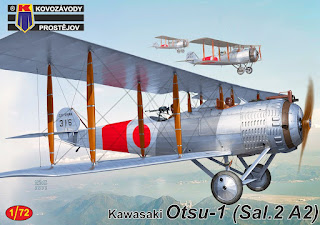 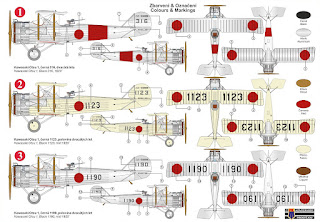 I have not seen the kit and can't comment on its quality, but I have a few things to say based on the box art and paint/marking suggestions.
First of all, it looks a lot like a scaled down version of the GasPatch kit in 1/48. I'm not sure I like this new trend of copying kits and/or scaling them down or "updating" them. Certainly happy that new kits of Japanese aircraft are coming out, but it seems that inaccuracies found on older kits are getting copied too.
Second of all, it's quite striking that the rear machine gun is a Navy Type 92 flexible. An IJNAF machine gun on an Army plane? I don't think so! The machine gun mounted on the Salmson was the little known Type 3 Aircraft Machine Gun, based on the Type 3 Heavy Machine Gun (here). Below is a photo, from the Arawasi collection, of a Type 3 on an Otsu. 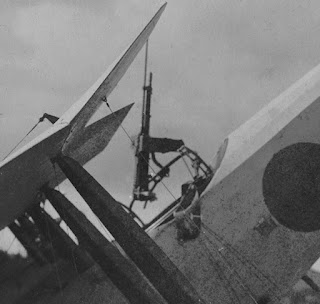 Admitedly, there are not that many photos of Salmsons with this machine gun and in the vast majority of photos, the Salmsons are without a rear machine gun. So, it would be far more accurate if you left the rear machine gun out, than placing a Navy one (yikes!). By the way, the GasPatch kit includes a Hotchkiss MG that looks very very close to the Type 3.
I would also comment that the markings included in the kit, although accurate, are fairly bland. There are plenty of Japanese Salmsons, especially civilian, with extremely interesting paint job and markings. Maybe future releases?
Below is a vintage colorized postcard from the Arawasi collection. NOT exactly accurate, but you get the idea. 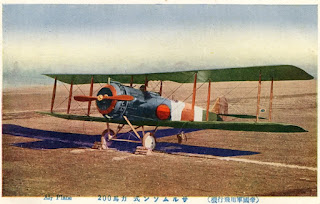 And finally, the thing that bugs me the most is the suggested overall color. We've said it in the past and we will repeat it again because somehow it doesn't register:
JAPANESE OTSU/SALMSONS WERE OVERALL HAIRYOKUSHOKU (GRAY), NOT NMF!!!
Below is a photo of a Type Otsu recently on-sale on the Japanese ebay. Do I need to say more about the overall color? 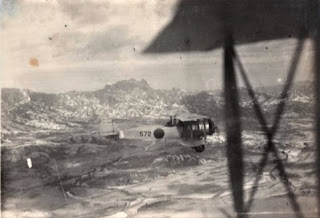 What? Do we need to push forward the scheduled Eagle Eye on the type to finally give you all a proper reference and stop painting them silver?
Posted by Arawasi

Thanks for the great information. Good to know!

I just pre-ordered my kit and will now definitely use your very valuable information when I get to work...