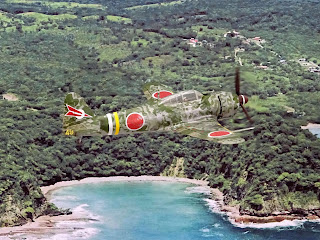 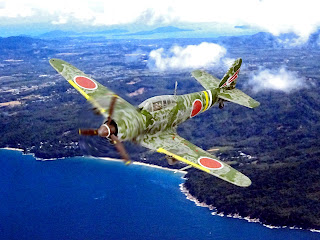 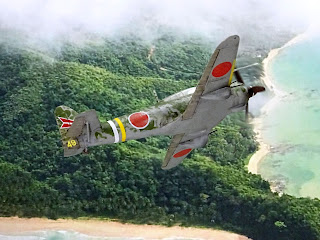 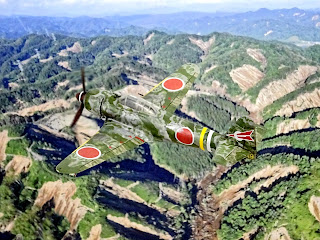 The kit and its assembly:
I always thought that the French Bloch MB 152 had some early WWII Japanese look to it, and with this idea I recently procured a relatively cheap Heller kit for this conversion project that would yield the purely fictional Tachikawa Ki-38 for the IJA – even though the "Ki-38" existed as a Kawasaki project and eventually became the Ki-45, so that the 38 kitai number was never actively used.
The Heller MB 152 is a vintage kit, and it is not a good one. You get raised panel lines, poor details (the engine is a joke) and mediocre fit. If you want a good MB 152 in 1:72, look IMHO elsewhere. For the Ki-38 I wanted to retain most of the hull, the first fundamental change was the integration of a cowling from a Japanese Mitsubishi Ha-102 two-row radial, left over from an Airfix Ki-46 “Dinah”. It received a new three-blade propeller with a different spinner on a metal axis inside, and the donor engine received some more interior details, even though the spinner blocks most sight upon them.
The next, more radical move was to replace the MB 152’s spinal cockpit fairing with a bubble canopy and a lowered back. I found a VERY old (maybe 40 years!?) and glue-tinted canopy from a Matchbox A6M in the spares box, and it turned out to be very suitable for the Ki-38 project. However, cleaning the clear piece was quite challenging, because all raised struts had to be sanded away to get rid of the old glue and paint residues, and re-polishing it back to a more or less translucent state took several turns with ever finer sandpaper, polishing paste and soft polishing mops on a mini drill. The spine was re-created with 2C-putty and the canopy was blended into it and into the fuselage with several PSR turns.
Inside, I used a different pilot figure (which would later be hard to see, though), added a fuel tank behind the seat with some supporting struts and inserted a piece of styrene sheet to separate the landing gear well from the cockpit – OOB it’s simply open. The landing gear was basically taken OOB, I just replaced the original tail skid with a wheel and modified the wheels with hub covers, because the old, toylike kit wants you to push them onto long axis’ with knobs at their tips so that they remain turnable. Meh! The fairings under the guns in the wings (barrels scratched from the MB 152’s OOB parts) are conformal underwing fuel tanks from a late Seafire (Special Hobby kit). 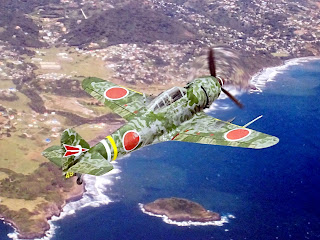 Painting and markings:
The initial plan was a simple green/grey IJA livery, but even without any paint the what-if model looked SO much like a classic A6M that I rather decided to give it a more elaborate paint scheme. I eventually found an interesting camouflage on a Mitsubishi Ki-51 “Sonia” attack plane, even though without indications concerning its unit, time frame or theater of operations. However, after some research I assume that it was used in the China-Burma-India theater. The aircraft received  an overall light grey base, onto which opaque green contrast fields/stripes had been added, and the remaining light grey upper areas were overpainted with thin sinuous lines of the same green. This was adapted onto the Ki-38 with a basis in Humbrol 167 (RAF Barley Grey) and FS 34102 (Humbrol 117) for the green cammo. I also wanted to weather the model considerably, as a measure to hide some hardware flaws, so that a partial “primer coat” with Aluminum (Revell 99) was added to several areas, to shine through later. The yellow ID markings on the wings’ leading edges were painted with Humbrol 69. The propeller blades were painted with Humbrol 180, the spinner in a slightly lighter mix of 180 and 160.
Interior surfaces were painted with a dull yellowish green, a mix of Revell 16 and 42, just the inside of the landing gear covers became grey as the outside, in a fashion very similar to early Ki-43s.
The decals came form various sources, including a Hasegawa Ki-61 sheet for the unit markings and some stencils and hinomaru in suitable sizes from a generic roundel sheet.
Some dry-brushing with light grey was done to emphasize edges and details, and some soot stains were added with graphite to the exhausts and the guns. Finally, the kit was sealed with matt acrylic varnish, some more dry-brushing with aluminum was done, esp. around the cockpit, and position lights were added with translucent paint. 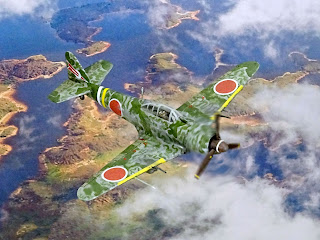 Some final words:
An unexpected result – I was not prepared that the modified MB 152 would look THAT much like a Mitsubishi A6M or the Ki-43! There’s even an Fw 190-ish feel to it, from certain angles. O.K., the canopy actually comes from a Zero and the cowling looks very similar, too. But the overall similarity is baffling, the tail is the most distinguishing feature! However, due to the poor basis and the almost blind canopy donor, the model is far from stellar or presentable – but some in-flight shots look pretty convincing, and even the camouflage appears to be quite effective over wooded terrain. 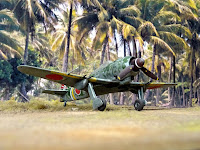 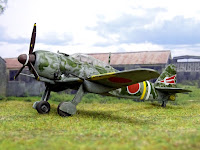 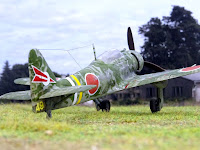 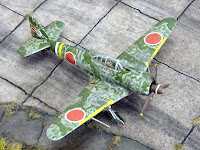 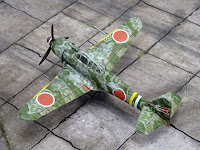 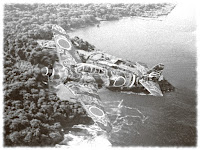 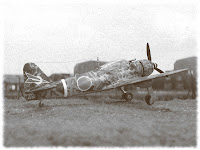 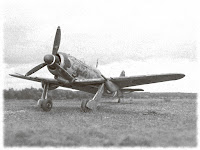 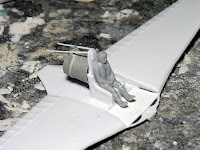 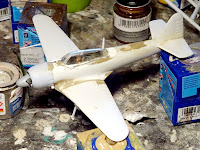 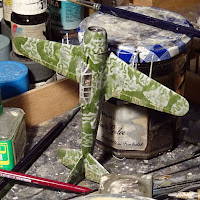 This "aircraft" in fact DID NOT exist. It is a total fantasy and needs to be identified as such. The kitai number 38 was actually assigned to a Kawasaki experimental twin-engined fighter design.
Reference:

Even if you're not familiar with Dizzyfugu's work, the "what-if" is in the title.

Thanks a lot for consideration! :D